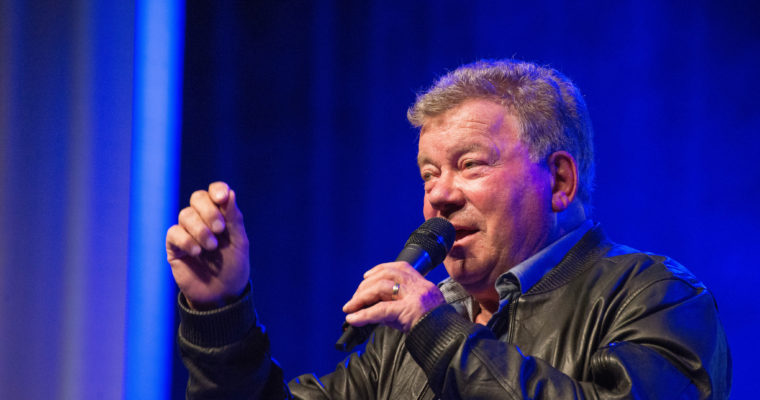 On November 7, Shatner tagged Vitalik Buterin, a co-creator of Ethereum, in a Tweet, publicly portraying his interest in cryptocurrencies and the blockchain.

His viewpoints don’t take into account the fact that the code has to be audited by an auditing firm and approved by consortium or it doesn’t get accepted. 🙄 He thinks it exists in a bubble. That’s why we have ERC-20, ERC-721… ERC-1701😏

Several individuals responded to the statement of Shatner, falsely accusing Ethereum to be a scam due to its premine. Despite reportedly having more geographically distributed nodes in comparison to Bitcoin as shown by the research or Cornell professor Emin Gun Sirer, incorrect statements regarding the centralization of Ethereum were also released.

“Then as a coder – go develop your own blockchain technology where you can be 1000% sure of decentralization. Or shove money in a mattress. I hear that’s only overseen by the bed bug community. His viewpoints don’t take into account the fact that the code has to be audited by an auditing firm and approved by consortium or it doesn’t get accepted. He thinks it exists in a bubble. That’s why we have ERC-20, ERC-721… ERC-1701.”

The cryptocurrency community reacted positively to the unforeseen embracement of Ethereum and blockchain technology by Shatner, and particularly to his depth of knowledge in the subject.

Changpeng Zhao, the CEO of Binance, the largest cryptocurrency trading platform in the world with a $1 billion daily trading volume according to the research of the Blockchain Transparency Institute, noted that crypto is spreading rapidly into the mainstream.

This week, as CCN reported, former Google CEO Eric Schmidt publicly stated that Ethereum, often described as the global supercomputer, has big potential to become a powerful platform during an interview with economist Tyler Crown.

“I think the most interesting stuff that’s going on is the beginning of execution on top of blockchain — the most obvious example being the capability of ethereum. And if ethereum can manage to figure out a way to do global synchronization of that activity, that’s a pretty powerful platform. That’s a really new invention.”

Increasing adoption and embracement of public figures and respected individuals in the finance and technology industries is crucial for the long-term mainstream adoption of the technology.

The concept of decentralization and peer-to-peer systems can be difficult to grasp, especially considering the fact that centralized platforms are far more efficient in processing information.

Still, despite the discrepancy in performance, an exponentially growing number of individuals, businesses, and institutions have started to experiment and utilize blockchain-based systems.

Distribution Just as Important as Development

As Kim Hyun Joong, IT professor at Korea University, the second most prestigious college in South Korea after Seoul University, said, distribution of decentralized systems is as important as development.

“Even if a project has an advanced technology, if the project doesn’t sell, there is no use. But, if the project is less sophisticated in technology but sells well, it can compete. It is important for developers to not sacrifice everything for technology.”

Endorsement of public blockchain projects like Ethereum by public figures such as William Shatner and Eric Shmidt will have a positive impact on growing the awareness of crypto.