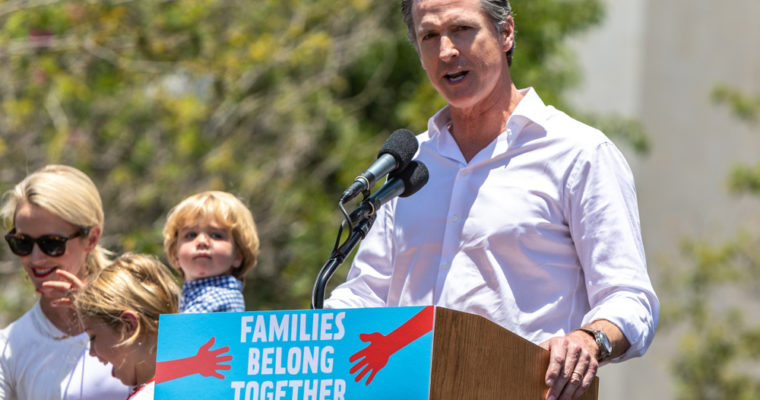 Gavin Newsom is considered to be “pro-bitcoin.” Certainly, he’s willing to accept BTC for campaign contributions. He also has a record of being pro-technology in general, believing the government should be “performance-based” and that “government information and services at every level should be thoroughly ‘digitized,’ enabling citizens to conduct business with public agencies online.”

Most importantly, he’s now the governor of California. This means that one of the most influential people in the most populated state with the largest technology sector in the United States is friendly to the cause of bitcoin. This alone is cause to celebrate, maybe, but it doesn’t mean the Democratic politician is necessarily all in for the various stances that many — though not all — cryptonaughts hold: the right to privacy, low if any taxes, and so forth.

Congratulations to early Bitcoin adopter @GavinNewsom on being elected Governor of California!

“I should promote the technology ever so subtly by saying I’ll accept bitcoin in the campaign”. “I’m ready for it”. “But how the hell do I explain it to anybody?” – 2014 pic.twitter.com/4RLGa9BdMf

It’s no secret that California, particularly Northern California, is home to some of the largest technological and financial technology innovation companies in the world. Coinbase, based in San Francisco, is probably relieved to have a Bitcoiner in the governor’s mansion. The California BitLicense proposal died in the legislature in January, and with a pro-bitcoin governor now holding sway, it’d be harder to get restrictive bills signed into law.

Freedom to participate and innovate is crucial for the growth of a crypto economy, and while other states may be focused on collecting fees and restricting the activities of crypto exchanges and other types of crypto businesses, California is still free from overly restrictive laws like the BitLicense in New York.

Colorado Also Gets Bitcoiner in the Governor’s Mansion

Jared Polis, newly elected governor of Colorado, has frequently spoken of the benefits of the blockchain. He specifically advocates making Colorado a “safe harbor” for bitcoin companies:

“Similar to Wyoming, I will work alongside the legislature to create a statewide safe harbor designed to exempt cryptocurrencies from state money transmissions laws, and I will work to establish legislation that protects “open blockchain tokens” or cryptocurrencies that are exchangeable for goods and services. These moves could allow our state to attract innovative companies and allow them to engage freely in them – as issuers, exchanges, wallet providers – without the licensing requirements of the multitude of securities and currency laws. Colorado can pave the way into the future and implement safeguards here at home with the hope that the federal government can catch up to our progress. These ideas, while bold, will put Colorado on the map for fostering new technology and experimenting with the best way to implement safeguards here at home and across the nation.”

Polis was the first US representative to ever accept bitcoin as a campaign contribution. He didn’t spend long in Congress before vying for the governor’s seat, and now he’s won, meaning that Bitcoiners in Colorado may find themselves in a specifically friendly environment to begin doing various types of blockchain business – legally, with limited interference at the behest of the government.