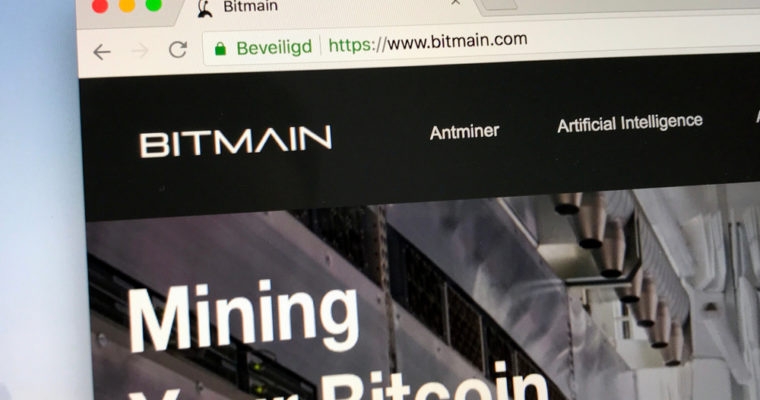 Bitmain, the dominant bitcoin mining firm and the most valuable company in the cryptocurrency industry, has announced that it will release its next generation of application-specific integrated circuit (ASIC) chip miners this week.

In a tweet posted yesterday, the Beijing-based firm said that it will begin taking preorders for the Antminer S15 and Antminer T15 — the long-awaited next-generation devices in its flagship bitcoin mining rig line — on Thursday, Nov. 8 at 9 am EST.

We are officially announcing the release of our new 7nm miners which possess industry-leading hash rates designed to mine with the SHA256 algorithm. Two models will be offered, the Antminer S15 and T15. Available for purchase on 11/8. pic.twitter.com/agbFcXYztk

Both the S15 and T15 — the successors to the Antminer S9 and Antminer T9, respectively — feature Bitmain’s new 7nm ASIC chips, which CEO Jihan Wu unveiled in September at the World Digital Mining Summit. The chip, the BM1391, features significant efficiency improvements over its previous line, and Bitmain has said it can achieve a peak energy consumption ratio of 42W/TH. However, the consumption ratio of the assembled miners will be somewhat higher, and the firm has not yet released details on the device’s exact specifications.

Bitmain alleges that the devices, which can mine bitcoin (BTC), bitcoin cash (BCH), and other SHA256 cryptocurrencies, feature “industry-leading hashrates,” even as rivals Ebang and Bitfury have previewed devices that will likely achieve greater efficiency.

Bitmain, as CCN reported, recently filed to go public on the Stock Exchange of Hong Kong (HKEX) in an offering that is expected to be the largest in the industry’s history, at the very least until Coinbase decides to pursue an IPO in the future.

Contrary to earlier reports, though, it now appears that Bitmain may be pursuing its public listing from a position of necessity — not strength. BitMEX Research estimated that the firm lost $400 million during the second quarter, in part due to outsized investments in underperforming cryptocurrency bitcoin cash, as well as overly-optimistic market forecasts that have left the firm sitting on a large amount of hardware that is increasingly difficult to move at a profit.

Further complicating the firm’s outlook, Bitmain, along with other large mining manufacturers, could see decreased revenue from sales to US miners, owing to the fact that new trade policies adopted by the Trump administration have slapped China-produced cryptocurrency miners with a 27.6 percent tariff that makes it far more difficult for US miners to turn a profit.