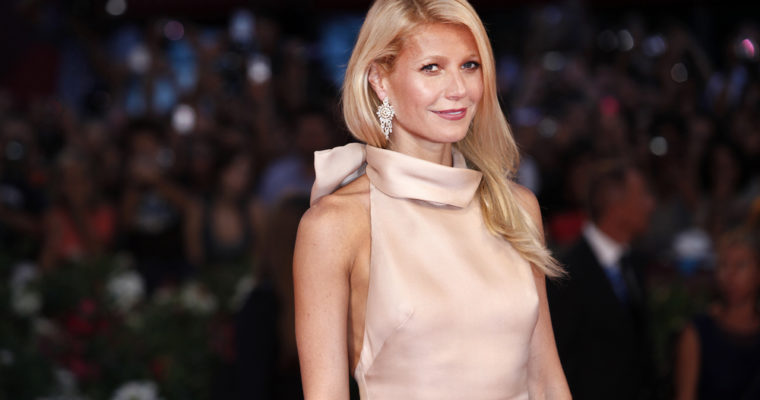 Celebrities and cryptocurrency have a long and complex history together. Seemingly everyone from boxers to rappers has publicly supported or even endorsed various types of cryptos, from ICOs to bitcoin proper. DJ Khaled and Floyd Mayweather have even been sued over their alleged misrepresentations regarding an ICO they promoted called Centra Tech whose operators were later charged with fraud.

Gwyneth Paltrow became the latest celebrity to promote cryptocurrency today, at least indirectly, tweeting out a Q&A with an exchange operator named Bill Barhydt from her site called Goop. Paltrow has been running Goop for around ten years, and in more recent times it has transitioned from a lifestyle newsletter into a “lifestyle brand.” Her contributions appear to be active, and the platform has grown up while she has been in the prime of her acting career, playing leading roles in movies like the “Iron Man” franchise.

Barhydt operates Abra, an exchange-wallet hybrid that is mobile-focused and allows the user to buy more than 25 different cryptos – all the major ones and some tokens like OmiseGo.

The Q&A and “Basics of Bitcoin” piece is the first mention of bitcoin on Goop. Abra seems a good fit for Goop readers, at least as good as Coinbase, in that it is very mobile-focused, user-friendly, and intended for beginners. Abra enables the purchase of bitcoin with a credit card, something many exchanges and wallet products outside of Coinbase still lack. It also allows users to maintain custody of their private keys, which is rare among user-friendly investing apps.

In the Q&A, Barhydt says a few interesting things about bitcoin and money in general. He points out the known trope that USD’s primary reason for having value is that it’s the only acceptable way to pay taxes.

He also says that he believes one important future use of bitcoin will be to enable those in poorer regions to lease expensive appliances. This is an unusual take on the currency but certainly a valid application of microtransactions – especially since the advent of the Lightning Network, which can process transactions down to a single satoshi.

“Lastly, we believe Bitcoin technology will be used to enable people in developing markets to lease home electronics such as washing machines, refrigerators, televisions, etc. The buyer will simply forward a small amount of Bitcoin every week to the wallet of the seller and this will enable the appliance to function. This is not easily possible with traditional government money, and it is a powerful possibility.”

A day does not go by that a non-crypto-media outlet has something to say about bitcoin. The cryptocurrency has turned finance on its head and will continue to do so, and as more people become interested, the need for basic explanations to different groups of people will only grow. Paltrow’s Goop is certainly doing its part with this first move.