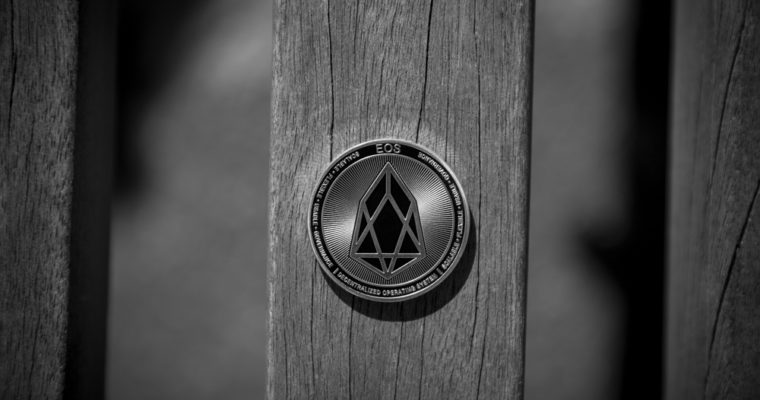 Blockchain testing and research company Whiteblock Inc. has released a damning verdict on EOS, describing it as a “distributed homogeneous database” masquerading as a blockchain. In a report titled “EOS: An Architectural, Performance and Economic Analysis,” the company dissects several aspects of the EOS protocol and comes to the conclusion that it suffers from a serious security deficiency as well as network performance that is significantly lower than what was claimed.

According to the report compiled by Whiteblock’s research team made up of Brent Xu, Dhruv Luthra, Zak Cole, and Nate Blakely, EOS has a number of shocking security and protocol failings that fatally compromise many of the use cases suggested for the network once dubbed the “Ethereum killer.”

Over the course of two months since its September launch, the test evaluated the EOS network’s transactional throughput against its claimed capacity. In addition, it also tested its response to adverse network conditions, how it responds to variable transaction rates and sizes, its average transaction completion time, its partition tolerance and its fault tolerance. The results are far from flattering.

In a press release about the EOS test published on November 2, Whiteblock stated bluntly:

“EOS is not a blockchain, rather a distributed homogeneous database management system, a clear distinction in that their transactions are not cryptographically validated. EOS token and RAM market is essentially a cloud service where the network provides promises for computational resources in a blackbox for users to access via credits. There is no mechanism for accountability due to the lack of transparency on what Block producers are able to create in terms of computational power.”

According to Whiteblock, the actual throughput recorded by EOS under “realistic” network conditions is substantially lower than that claimed by EOS marketing materials, and the network suffers from a basic security problem of repeated consensus failure and lack of Byzantine Fault Tolerance.

In June, CCN reported that barely a week after the launch of its mainnet, EOS became immersed in controversy after an incident with its block producers which led many to question the extent of the network’s decentralisation. Whiteblock’s findings would appear to lend credence to those fears, which could have a significant effect on the EOS price.

Delivering its verdict on the network as a whole, Whiteblock said:

“The research results prove the inaccuracies in performance claims and concluded that the foundation of the EOS system is built on a flawed model that is not truly decentralized.”

Following the release of the report, CCN interviewed Whiteblock CTO Zak Cole to get his exclusive comment on the implication of the report for the EOS community and the blockchain ecosystem at large.

CCN: Your research concludes that EOS transactions are not cryptographically validated, making it a distributed homogeneous database, as against a blockchain. What is the implication of this for EOS as an ecosystem? Does it significantly change the picture of what EOS promised to achieve (Ethereum killer), and should EOS investors and users be worried?

Cole: My hope is that the results of our research can help provide a healthy foundation for community discussion rather than perpetuate some sort of political war between rival factions. I believe the EOS ecosystem needs to evaluate their long term goals in order to  identify a concise roadmap that can help build the system which was initially presented. It is not productive to pit Ethereum against EOS when the two systems are drastically different: one is a decentralized peer-to-peer network backed by cryptographic proofs and the other is an optimized distributed database which functions more similarly to an Infrastructure-as-a-Service product one would find on a common cloud computing platform.

At Whiteblock, we aren’t EOS people. We aren’t Ethereum people. We’re blockchain people. The intent of our research wasn’t to prove that one is better than the other, but rather provide an objective and scientific analysis the community can reference in order to build high-performing and functional systems. The Whiteblock team will also be mentoring at the EOS Hackathon in San Francisco next week. Our only goal is to assist in the efforts of building a bridge that allows blockchain technology to transition from the realm of fringe science to a viable solution that can provide practical use and shape the decentralized world of the future. This is why we developed the Whiteblock testing framework.

The community needs development tools which can provide transparent and objective performance data to distinguish fact from marketing language and understand the function of the systems we are building. The bottom line is that EOS is not capable of providing throughput to the degree which has been implied and it won’t be able to anytime soon. The system is simply unable to perform in accordance with the messaging that has driven their multi-billion dollar campaign. There’s a lot of work to be done and I hope they’re able to deliver on what was promised. Either way, it’s been an informative experiment in distributed computing.

EOS investors and users should only be worried if they’ve speculatively gambled on profiting from the unregulated market of an emerging technology.

CCN: The research also states that the actual throughput of EOS is significantly less than was claimed. In layman’s terms, what does that means for users and dApp developers?

Cole:When determining which platform is best suited to build for building your decentralized application, developers should first evaluate their priorities. If you’d like to experiment with the capabilities of decentralized peer-to-peer transactional logic, ensure that the system is actually capable of providing the functionality required to do so. If you want something that offers a high degree of transactional throughput, what’s the problem with using an existing payment gateway like Shopify or Stripe? There’s no shame in sticking to traditional client/server architectures that actually work.

Another important thing to mention is that EOS isn’t really free of transaction fees. Instead, these costs are offset to the dApp developers themselves, and the cost of running these applications can be prohibitively expensive. This is going to create a market similar to what we already see in most software systems, like the Apple’s App Store, and users will likely end up paying a significant amount more than they anticipated. I don’t know if anyone has yet to notice the significant drop in successfully processed transactions as latency and user volume rises either, but there are more important factors at play than just throughput.

CCN: Does EOS essentially present a security risk to users, or are these shortcomings things that can be fixed?

Cole:I believe the EOS system, as it is now, presents inherent security vulnerabilities. There is no effective implementation of game theory or additional algorithmic mechanisms to ensure the block producers are behaving the way they should and there is no guarantee that the assets you store today will be available or accessible tomorrow. The entire value of the EOS consensus model is based on a token holder’s ability to vote for which blocks producer they choose to act on their behalf, but when there’s nothing stopping the block producers themselves for casting votes in their own self-interest, what’s the point? Even if there were, there are no functions, cryptographic, computational, or otherwise, which governs block producer behavior. This is glaringly apparent and doesn’t take a three month research project to understand.

That being said, these shortcomings can be fixed, but if they were, EOS would likely be no different than many other masternode systems like Dash or Syscoin.

CCN: Does the fact that the study was commissioned by ConsenSys represent a conflict of interest? [Editor’s Note: ConsenSys is an Ethereum development studio with significant investment in ETH applications]

Cole: Our research was funded by about 20 organizations in addition to ConsenSys. Funding was also provided by Bo Shen, Dan Larimer’s former partner and co-founder of Bitshares, which EOS used as the basis for much of their technology. ConsenSys funding a portion of the research initiatives has no influence on the scientific process and should really be considered a moot point. We’ve conducted the same tests on Ethereum and pointed out their flaws as well. The Ethereum community was receptive to our research and engaged us further to continue our research. We’ve worked with dozens of blockchain systems. The purpose of our tests aren’t to point out what’s good about a system. This isn’t a beauty contest. In order to build more effective and higher performing systems, we should be objective and transparent and identify weaknesses in order to optimize and account for them in the design process. If the EOS community chooses to be combative towards tests and observations of this nature, the entire ecosystem is doomed and will certainly never achieve their purported scale.

Here is a link to our research which cites several significant security and performance flaws in Ethereum.