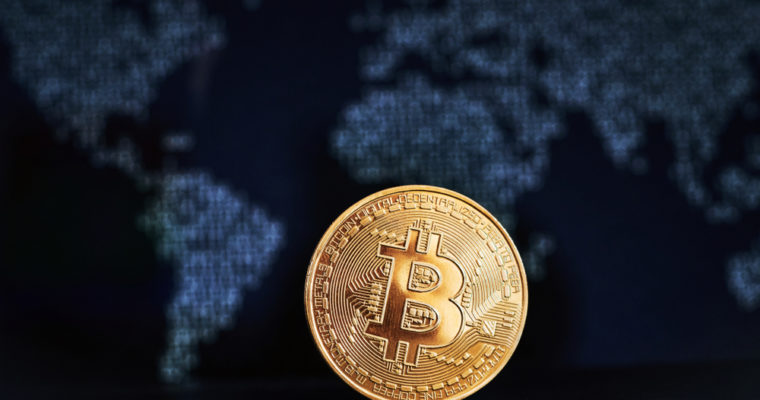 It was ten years ago today that Satoshi Nakamoto first submitted the Bitcoin whitepaper to the Metzdowd cryptography mailing list and started a revolution in finance. A couple months before that, the domain Bitcoin.org had been registered. One of the first to interact with the world’s premier decentralized cryptocurrency – all new concepts at the time – was and still is a suspected Satoshi, Hal Finney, although Finney was not the first to respond to the post. Finney wrote:

I also do think that there is potential value in a form of unforgeable token whose production rate is predictable and can’t be influenced by corrupt parties. This would be more analogous to gold than to fiat currencies. Nick Szabo wrote many years ago about what he called “bit gold” and this could be an implementation of that concept.

No one in these early conversations lets on that they have any idea what is to come. Several concepts are still years away. The project is at first to create a form of digital cash. In December, the first version of Bitcoin lands on Sourceforge.net, at the time the most popular way to share open source code, Github having only been founded earlier that year. On January 98th, version 0.1 is released with a graphical interface, which aids those who speculate it could not have been built by a single person in such a short length of time.

On January 3, 2009, the first block is mined by Satoshi Nakamoto himself. The rewards of this “genesis block” are unspendable. Nakamoto utilizes a feature the block’s which allows a miner to embed a tiny bit of data into a block, to include a headline of the day: “The Times 03/Jan/2009 Chancellor on brink of second bailout for banks.” Satoshi also mines the next block, receiving the reward at the address 12c6DSiU4Rq3P4ZxziKxzrL5LmMBrzjrJX and many blocks after that. You might notice that people have sent that address nominal amounts of coin over the years, likely as a tribute to Satoshi.

Interestingly, most of Satoshi’s coins have never been spent, except to test out the software. Approximately 1,148,800 BTC remains unspent of his massive fortune.

Over the next nearly two years,  a few parts of the early Bitcoin ecosystem grow up. Perhaps the most important part of said ecosystem at the time is Bitcointalk.org, where Satoshi frequently engages in important and sometimes heated discussions with other cypherpunks and people interested in digital money. Satoshi is the third registered user on the site, which is owned and operated by another early aficionado, Theymos or Michael Marquardt. Bitcointalk is where most of the philosophical and general discussion of Bitcoin place, as well as serving as one of the earliest trading hubs for the cryptocurrency, but developer talk is confined to an IRC channel, #bitcoin-dev on freenode, which is still used today.

2010 is an exciting year for Bitcoin, which has no functional exchange value associated with it until the establishment of early exchanges. The very first such market is called “The Bitcoin Market” but the first one, perhaps, that really matters is Mt. Gox, founded a few months later, which goes on to be legendary in a very negative sense for Bitcoiners the world over, with many losing fortunes and evidence that the price was manipulated. Also in 2010, the first Bitcoin transaction takes place – the legendary pizza purchase, in which Laszlo Hanyecz spent 10,000 BTC to buy some pizza. Another user had the pizza ordered online and received a $7 million fortune in today’s value for the equivalent of $25 worth of pizza. This would be the first real test of the currency and its value, though just a few months later the value would hit 80 cents a coin on some of the now-growing exchanges.

As with all new concepts, Bitcoin has its share of detractors in the early days and later on, when it starts to garner the attention of the mainstream media, becomes the subject of government scrutiny and criticism from traditional financial people. Then as now people at first struggled to grasp the idea of Bitcoin mining and the immutable, public ledger. Stories of Bitcoin itself being “hacked” were pretty frequent back then, and amongst Bitcoiners the term “FUD” (fear, uncertainty, and doubt) became common parlance in reference to such rumors. However, it is important to note that in August of 2010, a bug was found and exploited to the tune of 184 billion false bitcoins. The system is designed to only ever have 21 million coins, and thus the decision was made to “hard fork” Bitcoin onto a new version of the blockchain which did not include these counterfeit coins. Few bugs of this significance have surfaced since then, as more and more developers have joined the project over time.

2011 can be seen as the real establishment of the Bitcoin community, as it is around this time that people like Vitalik Buterin (then the founder of Bitcoin Magazine) and Erik Voorhees (current entrepreneur behind ShapeShift.io and at the time the owner of SatoshiDICE, which he later sold for more than 100,000 BTC at the first peak of the currency’s value). SatoshiDICE is the subject of some hyperbole when it becomes evident that some nodes do not want to process its transactions, calling them “spam” due to their often tiny size.

Bitcoin has since seen dozens if not hundreds of exchanges come and go, intense scrutiny from governments and rumors of the technology being banned in various regions, countless forks or altcoins being developed, and no story of Bitcoin is complete without two vitally important parts of its history included.

The Entry of CCN

In 2013, CCN was founded as CryptoCoinsNews.com, aiming to cover events around Bitcoin and all cryptocurrencies, as by this time there were several to speak of, importantly including Litecoin and others. In those days, something as simple as a new merchant accepting the still-nascent cryptocurrency would be newsworthy, and it was not the sort of information one would find in an outlet like Forbes or the Wall Street Journal.

One of the first major aspects of the Bitcoin ecosystem that this reporter wrote about after joining the team at CCN in late 2014 was the “block size debate.” The heart of the debate was that transaction fees would become too high for the currency to be usable – and at times throughout 2015 and 2016, they certainly did – and that blocks should be made bigger in order to accommodate lower transaction fees.

The polemics of this legendary technical debate eventually led to the first successful fork of Bitcoin, Bitcoin Cash, which can at least at first be seen as an effort primarily of Bitcoin millionaire Roger Ver and self-proclaimed Satoshi Craig S. Wright. Several other attempts were made prior to the introduction of Bitcoin Cash, including Bitcoin Classic by Gavin Andresen, without whom the story of Bitcoin is also not complete. Andresen was one of the earliest contributors to the code and participants in the community. He later adopted the view that block size should be adjusted as technology had progressed since the introduction of Bitcoin such that blocks larger than 1MB could be processed by the vast majority of network participants. On the other side of the debate, a majority of Bitcoin developers backed by Blockstream, a firm founded by famed cryptographer Adam Back, believed that third-party efforts such as Lightning.network were the appropriate strategy to pursue. The debate even culminated in the resignation of Mike Hearn, who took issue with more than just the block size issue and declared Bitcoin was a failure.

At that time, it would have been insane to predict an average moving price of Bitcoin at more than $5,000, or that the premier exchange (today’s Binance) would be powered by an Ethereum smart contract token. Ethereum itself was not even heard of yet. How the times have changed – tokens provide as much news as anything else in today’s crypto world, and millions rather than than dozens of thousands of people have an active interest.

What will the next ten years bring? One thing has stood the test of time – Bitcoin’s dominance as the most valuable cryptocurrency or token on a blockchain. Will a Bitcoin killer ever truly emerge? Time will tell. The emergence of Ethereum and other smart contract platforms has brought about a whole new chapter in cryptocurrency, and as time goes on, we can only marvel at the breadth and artifice of the movement started 10 years ago today with a modest proposal on a little-known cryptography mailing list.