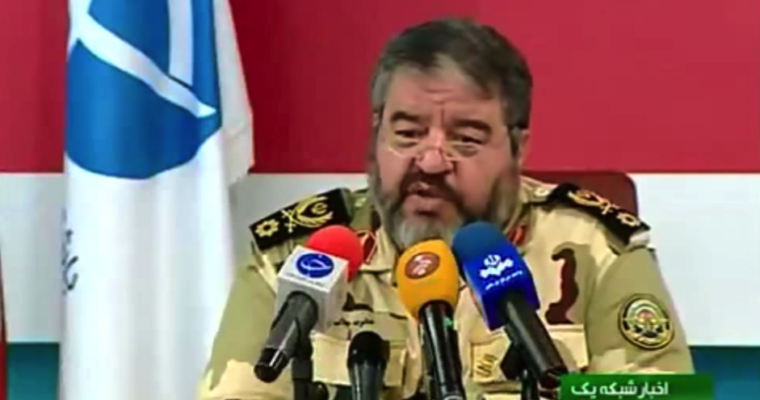 An Iranian general has strongly hinted that the country could soon turn to cryptocurrencies as a way to evade international financial sanctions.

Brigadier General Gholam Reza Jalali, head of Iran’s Civil Defense Organization, on Monday spoke about the ‘great opportunities’ presented by cryptocurrencies in the latest indication that Tehran is developing a state cryptocurrency.

As reported by the Mehr news agency, Jalali was speaking to the state-owned TV station Channel 2 news on Monday when he stated:

“Our major problem here is the US dollar, because the United States uses its national currency to control any country’s SWIFT operations, so we should reduce dependence on the dollar and replace it with another currency,” the senior Iranian official added.

Iran has previously suffered a banking blackout from SWIFT in a four-year hiatus between 2012-2016.

As reported in May, following Trump’s formal withdrawal from the Obama-era nuclear deal with Iran, both Iran and Russia have held discussions over cooperating to use cryptocurrency in bilateral trade.

“They share our opinion,” Iran’s Parlimentary Commission of Economic Affairs chief Mohammad Reza Pourebrahimi revealed after a meeting with the Russian Paliament’s Committee on Economic Policy.

“We said that if we manage to promote this work, then we will be the first countries that use cryptocurrency in the exchange of goods,” the official said at the time.

Iran Inches Closer to National Cryptocurrency in Plan to Evade US Sanctions https://t.co/IFx0iTHrrl

Iran’s agenda to develop its national cryptocurrency was first revealed by the country’s Information and Communications Technology (ICT) minister Mohammad-Javaz Azari publicly in February this year. Come May, the minister confirmed an experimental model of the cryptocurrency project was ready.

The ISC has also revealed a roadmap for the cryptocurrency wherein the digital rial token is to be used as an interbank payment instrument in the first phase of its release before it integrates into society as a local payment medium in Phase Two.