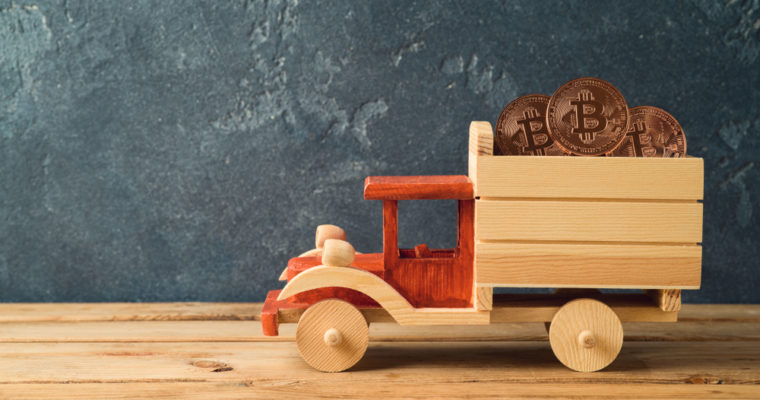 DexFreight, a blockchain start-up that is building a freight transportation platform using Rootstock (RSK), has announced that it successfully facilitated a shipment of frozen food between Medley and Sunrise, Florida. DexFreight’s smart contracts, which rely on the Bitcoin blockchain rather than the more-often used Ethereum, enabled the successful delivery and automated the payment to the carrier, Arel Trucking.

From their press release on the subject (emphasis added):

“For this first truckload shipment, dexFreight partnered with Netuno USA, one of the fastest growing seafood wholesalers, Arel Trucking, Inc., an asset-based motor carrier with over 180 trucks, and RSK, the first smart contract platform secured by Bitcoin. Funds for the transaction were held in escrow by the smart contract on the integrated RSK platform and were automatically released to the carrier upon delivery.“

This last part is perhaps the most important part for the trucking industry. In two respects, it represents major possibilities. The first respect is that carriers who down the road integrate the technology can be paid reliably. The second respect is that of transparency and competition. Although the platform is nascent, it could eventually develop into a thriving and competitive market where smaller outfits can compete for business they could not have previously procured due to the tendency of shippers to stick with who they know.

A merit-based system where real-time statistics of delivery times, damages, and the like would give any company an equal chance at competing for business. Moreover, smaller outfits that cannot necessarily wait weeks or months for contracts to be paid out would no longer have to do so, and bidding becomes a realistically easy process — potentially as easy as sending an e-mail.

The truckers appear to be excited about the prospect, with Arel Trucking CFO Robert J. Julia being quoted as saying:

“dexFreight solves the issue of false documentation by making our transactions with shippers completely transparent, and so we can get paid for the service we provided. This technology is the way of the future for the whole trucking industry.”

Decision to Use RSK/Bitcoin Instead of Another Token Platform

An immutable ledger such as the Bitcoin blockchain (or any blockchain with sufficient hashrate/security) presents important possibilities for various industries, especially those which involve the moving and tracking of physical goods. While on a consumer level this means knowing beyond a shadow of a doubt where one’s package is or where your home goods are when you move, on an industrial level this means a much more robust ability to track performance and productivity. Trucking and shipping companies in particular stand to benefit from the transparency of an immutable ledger.

A ledger in and of itself isn’t good for much beyond tracking transactions, generally of a monetary sort. However, when you build on smart contracts, basically anything is possible. This is the model that Ethereum followed, building the Ethereum Virtual Machine from the outset complete with its own Turing-complete programming language so that it could process more than just transactions.

The popularity of the Ethereum platform incentivized the development of numerous other token platforms, from NEO (general purpose) to WaltonChain (aimed at industries which use RFID tracking technology). It has also encouraged developers to create smart contract platforms which could harness the amazing power of the Bitcoin blockchain itself — possibly the most powerful computing platform in history (and perhaps one of the most expensive to use, historically speaking). RSK  is one such platform, and it is the basis of the dexFreight application. Another option developers can consider is Qtum, which is the Ethereum Virtual Machine adapted to run on the Bitcoin network (the best of both worlds.)

Such platforms work in a similar way to Ethereum. The base token of the platform is required to operate smart contracts and applications on their network, and these are generally exchangeable for the blockchain’s native token — in the case of Rootstock, Bitcoin.

The dexFreight platform itself, as a service, plays an important role to both consumers and providers in the freight transportation industry. Firms can pay a fee to the dexFreight network to have the tokens they’ve earned exchanged into fiat cash. As a result, the barrier to entry is drastically lowered. Another important service that they are developing is the use of machine learning to help clients select providers.

“The way of the future for the whole trucking industry,” among several other industries, indeed.