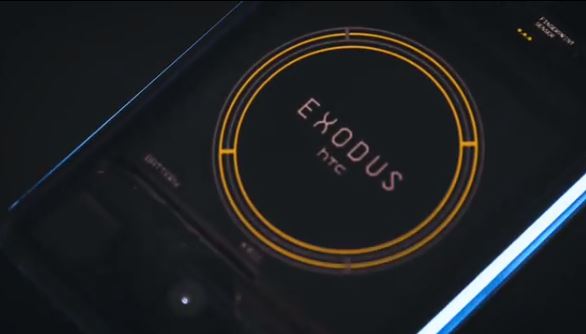 Taiwanese consumer electronics giant HTC has officially launched its first blockchain phone, which will be sold exclusively in crypto.

Called Exodus 1, the blockchain mobile phone of HTC is available to consumers at a fixed price of 0.15 Bitcoin (ETC) and 4.78 Ethereum (ETH), nearing the price of the new iPhone XS that has a starting price of $999.

The Exodus 1 is sold at around $975 based on the current price of Bitcoin at $6,500. However, as the price of BTC rises, the price of the phone will also increase substantially. BTC was valued at $10,000 less than four months ago, and if BTC reaches the $10,000 resistance level in the months to come, the value of the Exodus 1 could surge to $1,500.

Why Pegged to BTC and ETH?

The primary feature of the Exodus 1 is its security. It has been developed to operate as a hardware cryptocurrency wallet, allowing users to safely store digital assets in the local wallet of the phone.

In July, Samsung, the largest electronics manufacturer in Asia, revealed that mobile phones are significantly more secure in processing cryptocurrency payments than alternative devices and platforms such as desktop and the web because of the existence of a trusted ecosystem called the Trusted Execution Environment (TEE).

With TEE in place, which operates as a separate execution environment with its own memory and storage, it is not possible for hackers to breach into protected information stored within the TEE ecosystem in the event of a hacking attack or a security breach.

“This is why smartphones have an edge over laptops and desktops for cryptocurrency wallets: without the benefits of the hardware-based TEE, the keys are more vulnerable. There is a significant caveat: a naïve wallet developer might choose to simply store the keys on the normal internal storage of the phone, in which case there’s little additional protection from using the smartphone platform,” Joel Snyder, a senior IT consultant at Samsung Insights, explained.

Exodus 1 of HTC leverages this ecosystem along with several other security features in a mobile phone to create a secure environment for cryptocurrency users.

“Selling it in crypto only and being the first to do so means we are bringing this directly to the core audience and those who will want this device – the blockchain community. It reflects our belief in cryptocurrencies – in fact we had to recreate and overcome many processes internally, as well as find new distributors, so that we can achieve the goal of only accepting cryptocurrencies as the form of payment.”

In the months to come, if the price of BTC and ETH rise or decline by a large margin, HTC is expected to adjust the price of its mobile phone to maintain a realistic price tag which its consumer base can afford.