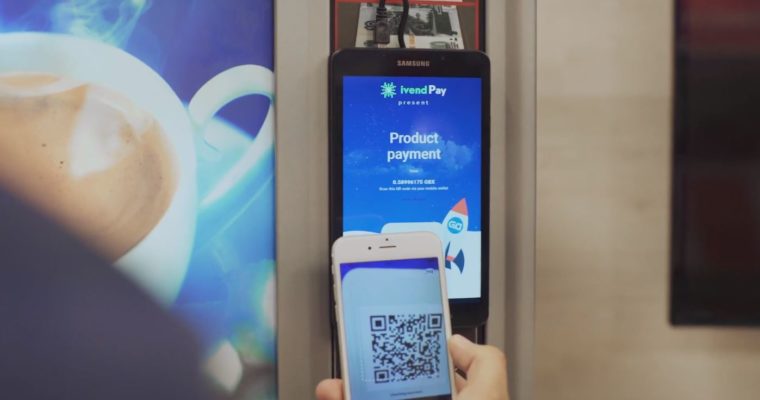 Smart vending machines capable of handling cryptocurrency payments will be installed throughout Malaysia and Israel by the end of 2018 as a result of a partnership between iVendpay and GoByte.

Sergey Danilov, the founder of the iVendPay project, told CCN:

“The partnership between iVendpay and Gobyte is caused by the high demand for universal services allowing to pay for goods with cryptocurrency in everyday life. The choice in favor of GoByte was made due to the peculiarities of this cryptocurrency, designed for instant processing of micropayments with a small commission. Payment for purchases using GoByte in any vending machine equipped with iVendPay takes less than 3 seconds.”

Sergey also sent a YouTube video of the machine in action:

GoByte is a fork from the Dash cryptocurrency aimed at processing merchant transactions. GoByte claims to be an improvement on the original Dash currency with a separate payment infrastructure that allows lower or non-existent fees for processing payments.

The smart vending machines process payments in under 3 seconds with no fees. GoByte CEO Hisyam Nasir told CCN that the first version of GoByte Pay web platform has recently been released for integrations with web hosting commerce modules and mobile apps, something that will enable phone-to-iVendpay machine transactions to go smoothly.

This doesn’t mark the first time vending machines have been equipped to process cryptocurrency payments. In 2015 CCN reported that there were vending machine in Seattle that allowed people to purchase marijuana using bitcoin. Earlier this year a startup called Civic launched a vending machine prototype designed to identify whether customers were over the age of 21 and dispense beer in exchange for bitcoin.

While bitcoin certainly has more brand awareness and volume than any other cryptocurrency, it’s not necessarily the best cryptocurrency for microtransactions such as vending machine purchases of coffee and snacks. High fees, long wait times, and massive energy consumption per transaction make it less than an ideal choice.

While the Lightning Network scaling solution may yet prove successful for bitcoin adoption, projects like GoByte specifically designed to handle small transactions quickly with low or no fees have a strong use case as well, supporters allege, and it will be interesting to see whether smart vending machines allowing for crypto-transactions will become more widely adopted in other countries.

Allowing people to easily spend their cryptocurrency on real-world goods has long been one of the obstacles to mainstream cryptocurrency adoption. Even something as simple as letting someone take out their phone and quickly buy a cup of instant coffee from a vending machine using their crypto holdings could make a big difference to how the value of cryptocurrency is perceived worldwide.