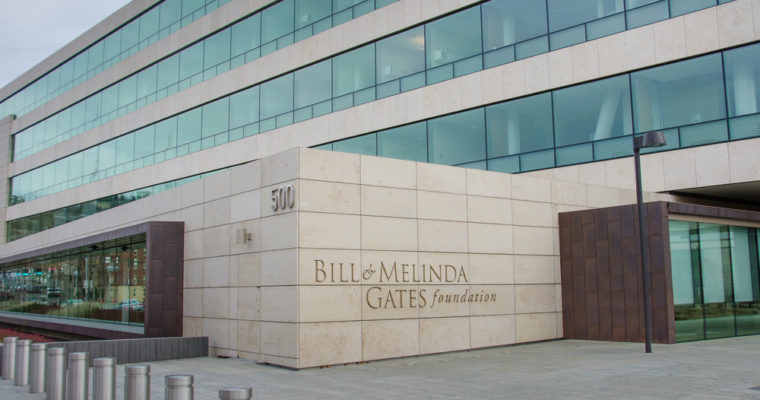 The Bill & Melinda Gates Foundation is teaming up with San Francisco, California-based blockchain firm Coil with a view of enhancing financial access for the unbanked and underprivileged communities.

Initially announced by the principal technologist and a deputy director at Bill & Melinda Gates Foundation, Miller Abel, the development was later confirmed by the blockchain startup which was founded by a former chief technology officer of Ripple, Stefan Thomas.

Proud to confirm that we are working on https://t.co/tbV0COdx3T with the @gatesfoundation – Technologies like @Interledger and #micropayments aren’t just for media. They also increase #financialaccess and we want to do our part. https://t.co/LUjJo57OgY

Other than implementing Ripple’s Interledger Protocol, ways of using open source payments software MojaLoop to enable disbursement systems geared towards the poor will be explored. Gates Foundation provided the funding which financed the development of MojaLoop (which borrows the Swahili word Moja, meaning one). Besides Ripple other firms which were involved in developing the pro-poor payment system included Crosslake Technologies, Software Group, ModusBox and Dwolla.

At the time of its release a year ago, the MojaLoop open source software was hailed as being the answer to increasing financial inclusion since it solved the problem of interoperability which had been identified as a major obstacle with regards to widening access to basic financial services:

“Interoperability of digital payments has been the toughest hurdle for the financial services industry to overcome. With Mojaloop, our technology partners have finally achieved a solution that can apply to any service, and we invite banks and the payments industry to explore and test this tool.”

At the time, Gates Foundation, using statistics obtained from the World Bank, noted that close to two billion people in developing countries lacked access to bank accounts and were thus unable to enjoy the security and benefits offered by basic financial services.

Besides this collaborative effort with the Bill & Melinda Gates Foundation, Ripple has also announced a couple of philanthropic initiatives of its own in the recent past. Late last month, for instance, the fintech firm launched a social impact program known as ‘Ripple for Good’ which by then had already received donor commitments exceeding US$100 million.

Just like with the work it has done with the Gates Foundation, the Ripple for Good program will focus on the unbanked communities and will consequently mostly fund educational projects geared towards increasing financial inclusion across the globe. As CCN reported at the time, Ripple’s executive chairman and co-founder, Chris Larsen, stressed the importance of developing products which have real-world use cases:

“We have to stop being self-righteous disruptors and instead focus on building things that solve real-world problems. If we focus the blockchain movement on that, over two billion underbanked people can become full economic citizens.”