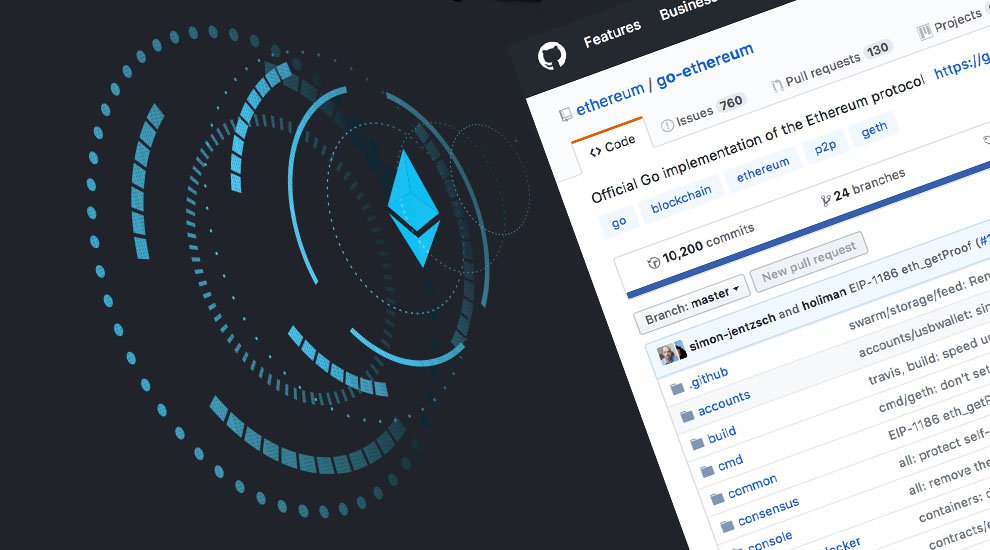 Underneath all the fear, uncertainty and doubt, though, developers are still building.

Case in point, Go-Ethereum (or geth), a command-line interface for running an Ethereum node using the Go programming language, is now the fifth fastest growing open-source project in GitHub

. The other projects above go-ethereum on the list are azure-docs from Microsoft Azure, pytorch from Facebook, godot from the GoDot Gaming Engine and nuxt.js, a Javascript framework.

For the uninitiated, geth is the official Go implementation of the Ethereum protocol. At the time of writing, go-ethereum has over 10,000 commits on GitHub as well as over 21,000 stars, indicating the amount of developer interest for the project in this iteration is high.

Why Geth Over Eth and Pyethapp?

Go, commonly referred to as Golang, was developed by Google engineers Robert Griesemer, Rob Pike and Ken Thompson. Per the golang.org website, “Go was born out of frustration with existing languages and environments for the work we were doing at Google.”

The language enables higher productivity than languages in an era of complex processors and large computer networks. Consequently, it has been adopted by developers around the world.

Go-ethereum is by far the most active project in the Ethereum ecosystem, but there are several important projects that are not far behind. There are other client languages including eth, a C++ client and pyethapp, a python-friendly client.

“Aleth,” Ethereum’s official C++ client, and “EIPs,” the official Ethereum Improvement Proposal repository, are two of the most active repositories behind go-ethereum when looking at indicators like commits, forks, stars and contributors. Solidity, Ethereum’s smart contract programming language, is also highly active. Activity can be difficult to measure sometimes, so it is important to understand what these indicators mean.

Commits are defined as a moment when a developer saves their work at a specific point. Therefore, it can be misleading when a project is showing lots of commits, as it may just mean someone has been tediously saving their work every step of the way.

Forks, in GitHub, are copies of code made so that a developer can freely make edits to the code without affecting the original implementation. They are generally used for implementing future changes that will be proposed to the original code.

Stars can be viewed as a “favorite” button, used simply as a means of keeping tabs with a certain project as it develops, and contributors are a measure of how many individual GitHub accounts have, well, contributed in any way.