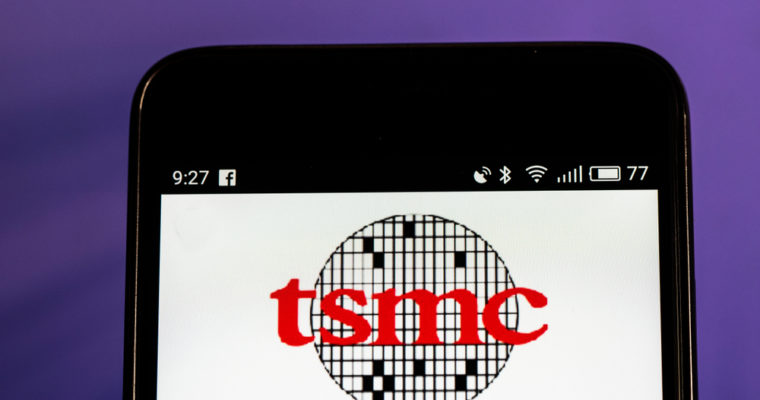 TSMC, based in Hsinchu, Taiwan, is not only the world’s largest semiconductor foundry, but it was the world’s first, founded in 1987 by Morris Chang, widely credited as the “godfather” of the semiconductor industry. The company boasts high-profile clients such as Apple, which accounts for 17% of its revenue. It is widely considered Taiwan’s most influential tech company, with a valuation of around 200 billion dollars.

The company – listed on both the Taiwan Stock Exchange and the New York Stock Exchange – pointed out the fact that while there is still solid demand from the smartphone sector, that cryptocurrency demand has decreased dramatically. As a result, the high-performance computers associated with cryptocurrency mining has been affected. TSMC even pointed out the fact that the mid-tier smartphone appeared to stagnate, but the solid demand for high-end smartphones worldwide – the sector that TSMC is most in demand for – remained robust.

Jensen Huang, Nvidia’s CEO, acknowledged that “crypto miners bought a lot of our GPUs and it drove our prices up”. Nvidia acknowledged that the next quarter should see a significant drop of around 66%. It would appear that even this dramatic prediction was too high, considering that Nvidia only generated $18 million from the cryptocurrency sector – a stark difference from the expected $100 million. The company stated “the revenue is likely to disappear going forward”.  Nvidia is a company that still maintains a solidified presence in the gaming and data center sectors, and its revenue is on course to be double that of 2016.

Nvidia’s main rival in the GPU market, Advanced Micro Devices, also experienced the benefits of the “crypto gold rush” of early 2018, as 10% of its revenue in Q1 2018 derived from cryptocurrency mining. The company’s CEO, Lisa Su, was more optimistic than others, claiming that she believed “they’re not necessarily buying just for mining”, and pointing out the fact that she believed the “blockchain infrastructure is here to stay”.