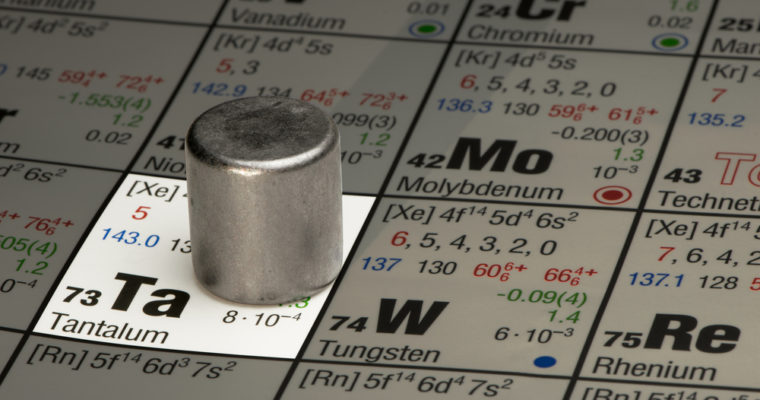 The Rwandan government is now eyeing to track the supply chain of metal tantalum, which is used in consumer electronics, with blockchain technology. The move aims to reassure investors over concerns on conflict minerals.

In partnership with Circulor, a global supply chain ecosystem, the tantalum-tracking blockchain project will enable companies to access Circulor’s platform to tag ad trace the metal, mined in Rwanda as it passes through the supply chain.

Announced by Francis Gatare, the CEO of the Rwandan Mining, Petroleum and Gas Board as well as a minister in the government, the blockchain platform is built on Hyperledger Fabric, the open source enterprise-grade private permissioned ledger by The Linux Foundation. Duding the launch at a meeting of the Rwandan Mining Association, Gatare stated that the project is “already being implemented by at least one exporter from Rwanda.” He continued,

“Rwanda Mines, Petroleum and Gas Board today has been introduced to a new and innovative mineral traceability solution using blockchain technology.”

Miner-refiner Power Resources Group (PRG), having mining and refining operations in Rwanda and Macedonia, is now using the production system, after running the project, the report said.

Speaking to Reuters, Gatare said that blockchain has demonstrated and won the trust of providing more efficient and effective way of delivering traceability for commodities.

British start-up Circulor will help Rwandan miners to follow strict guidelines to combat conflict minerals from the supply chain. Also, the company will record all the production stages before a smartphone or computer reaches the consumer, the news report added.

According to Douglas Johnson-Poensgen, head of Circulor, the company brings more “transparency” to the supply chain of tantalum, and “reduce costs” for those miners, addressing the current problem associated with cost of compliance. He said,

“Our blockchain platform will empower consumers to understand where the materials in the products they buy come from and also make it harder for materials that are not ethically sourced to pass through the supply chain.”

Rwanda has been a vital source for world’s most tantalum mining. This consumer electronics will help to secure the country’s role in the supply chain, by enabling companies to abide by an internationally mandated efforts to combat funding for conflict minerals, it concluded.