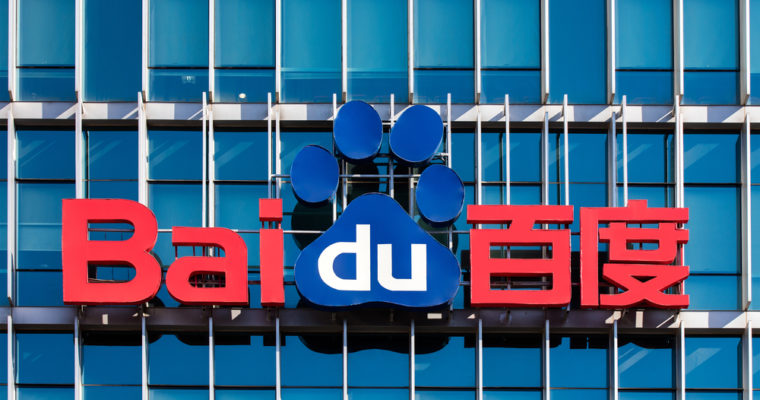 A blockchain startup aiming to decentralized the internet is shaking hands with the field’s most prominent player. But does it matter?

Tron Foundation revealed in its latest tweet that it would be working closely with Baidu, a China-based internet giant, to use their cloud solutions. Far from what seems like an official and detailed press release, today’s announcement nevertheless confirmed to Tron’s October 12 teaser in which it admitted partnering with a giant whose valuation was worth billions of dollars.

But to many who responded after Baidu’s name came to the limelight, the Tron partnership with the internet giant was no less an equivalent of, as a tweet quoted, “a sleeper’s partnership with his pillow.”

Tron has stylized its tweet to create a right balance of hype and information. Readers might get mistaken from the first look that Tron is working as an equal – a blockchain innovator – with Baidu, perhaps on a decentralized cloud computing solution the latter wants to develop and launch anytime soon.

But a more in-depth look into the jumble of a tweet could prove that Tron is easily a customer of a cloud computing service that Baidu offers – nothing more, nothing less for now. The blockchain startup aims to build its Wave Field Tron system on Baidu cloud – simple.

Moreover, the attached image showcases an uncopiable-to-Google-Translate Chinese text which could be easily misinterpreted by the international media thanks to the fancy, subtitles-like English text below. The words like “joining forces,” “work with […] to offer blockchain solutions,” and “mass adoption” end up looking like jargons in what clearly seems like a politically correct yet misleading announcement.

CCN reached out to one of its team members to help with the translation and received the following text in return:

“Baidu Cloud service is cooperating with Tron’s Wave Field technology in basic cloud business field. Therefore, the Wave Field Tron will be built on Baidu Cloud. Both the parties have not reached any partnership on a business level, but the current partnership will be only focusing on the sale and the purchase of basic cloud computing resources.”

The translation went on about how Baidu is developing a blockchain commercialization architecture with the commercial superpartners to carry out technology exploration, revenue sharing, and build a blockchain ecosystem of cooperation. Meanwhile, the dots between Tron’s blockchain and Baidu’s cloud computing project were challenging to connect.

Tron price went up over 2 percent against the dollar after the Tron’s CEO Justin Sun’s announcement went live on Twitter. It is now trendline sideways around the intraday high established near 0.0255-fiat.

I partner with Starbucks every morning around 730