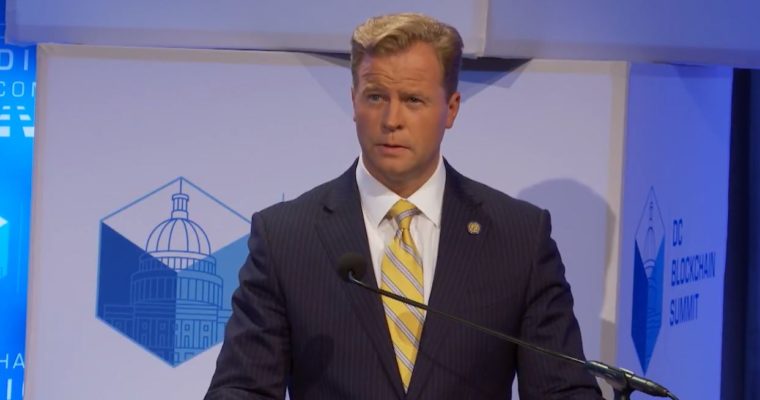 One of the top markets regulators in the United States said yesterday that he believes smart contract developers should in some instances be held liable when their blockchain applications are used in conjunction with illegal activities.

Brian Quintenz, a commissioner at the Commodity Futures Trading Commission (CFTC), made this statement on Monday at the GITEX Technology Week Conference. In his speech, Quintenz explored how best to fit cryptocurrency and, specifically, smart contracts into the CFTC’s supervisory framework, which was written long before the advent of blockchain technology. Who should be held responsible, he asked, when a smart contract violates CFTC regulations?

He quickly ruled out both the core developers of the underlying blockchain protocol, miners, and the blockchain’s general users, as none of these groups should be held responsible for monitoring the activity of other network users.

However, he argued that the developers of the individual smart contracts should be prosecuted in connection with illegal activity that occurs within their respective decentralized applications (dApps) — so long as the CFTC can demonstrate that the developers could “reasonably foresee, at the time they created the code, that it would likely be used by U.S. persons in a manner violative of CFTC regulations.”

While stressing that his statements represent his personal views and not the formal stance of the CFTC, Quintenz used prediction markets as an example of a smart contract application that could lead to its developers being prosecuted by the agency, as these dApps could be used for activities that are “contrary to the public interest,” such as betting on whether a public figure will be assassinated. Consequently, he argued that the prediction market’s creators could be prosecuted by the CFTC for offering illegal event contracts.

“That leaves us with the developers of the smart contract code that underlies these event contracts, as well as the individual users who then use that code to create and wager on their own event contracts. The developers of the code could claim that they merely created the protocol and therefore have no control over whether and how users choose to use it once it is part of the public domain. They would place the liability on the individual users, who are the actual creators and counterparties of the event contracts.

“Instead, I think the appropriate question is whether these code developers could reasonably foresee, at the time they created the code, that it would likely be used by U.S. persons in a manner violative of CFTC regulations. In this particular hypothetical, the code was specifically designed to enable the precise type of activity regulated by the CFTC, and no effort was made to preclude its availability to U.S. persons. Under these facts, I think a strong case could be made that the code developers aided and abetted violations of CFTC regulations. As such, the CFTC could prosecute those individuals for wrongdoing.”

Quintenz, a Trump appointee who has said the past that bitcoin and blockchain are “transformative” innovations, compared writing a smart contract that you understand will likely be used for illegal purposes with allowing someone to borrow your vehicle, knowing that they will use it to rob a bank.

“Smart contract applications on blockchain networks hold great promise. They have the potential to open up new markets and create efficiencies in existing ones. At the same time, they also raise novel issues of accountability that users and policy makers alike must consider,” he said in conclusion. “Our rapidly evolving technological landscape poses challenges for all of us. As such, I think it is incumbent upon regulators to continually educate ourselves on new technological developments, so that we can accurately evaluate their benefits and risks and develop appropriate policy responses.”