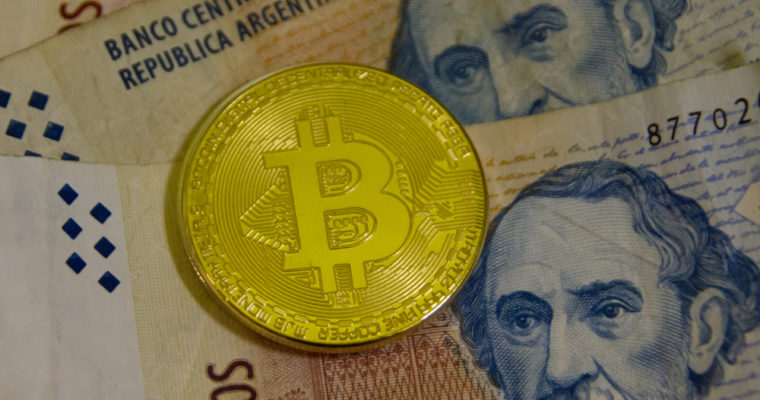 With inflation in Argentina expected to rise above 40 percent before the close of the year, the demand for bitcoin in the South American country has surged, resulting in cryptocurrency ATM firms projecting a large increase in the number of devices they plan to install in the country.

Currently, there are only two bitcoin ATMs in Argentina, both of them located in the country’s capital Buenos Aires, but by the end of the year, this figure could rise to 30, according to Reuters. The two machines were installed in the last three weeks with one activated on Sept. 18 while the newest came online on Oct. 3, according to Coin ATM Radar.

Per Dante Galeazzi, the operations manager of Athena Bitcoin, the firm that launched Argentina’s first cryptocurrency ATM last month, the loss in value of the Argentinian peso vis-à-vis the U.S. dollar has resulted in the marked growth of cryptocurrency transactions.

“With currency devaluations, we have seen a spike in bitcoin transactions. We see that as a safeguard to [Argentinian Peso’s] value, as well as an opportunity to invest in the market,” Galeazzi told Reuters.

For now, the two ATMs that have already been installed by Athena only support bitcoin, though there are plans to include other cryptocurrencies such as bitcoin cash, ethereum, and litecoin in the future.

Besides the U.S.-based Athena Bitcoin, another firm which is eyeing Argentina’s cryptocurrency ATM market is Odyssey Group, also a U.S. company. Odyssey’s ATMs will, however, not be restricted to the buying and selling of digital currencies but will offer other services associated with regular ATMs, such as withdrawing and depositing cash as well as money transfers between accounts.

The U.S. firm is planning on installing 150 crypto ATMs in Argentina before the close of next year, with 80 percent of them being cryptocurrency-operational in the course of the first few months of 2019.

Besides the economically-ravaged Argentina, the two firms also plan on expanding their operations to other countries in Latin America, which is relatively underserved. According to Coin ATM Radar, South America only has 0.89 percent of the cryptocurrency ATMs in the world despite approximately 5.61 percent of the world’s population living there. Athena Bitcoin, for instance, intends to set up operations in Brazil, Chile, and Mexico. Brazil and Chile currently boast of just two bitcoin ATMs each, while Mexico has 11 machines.