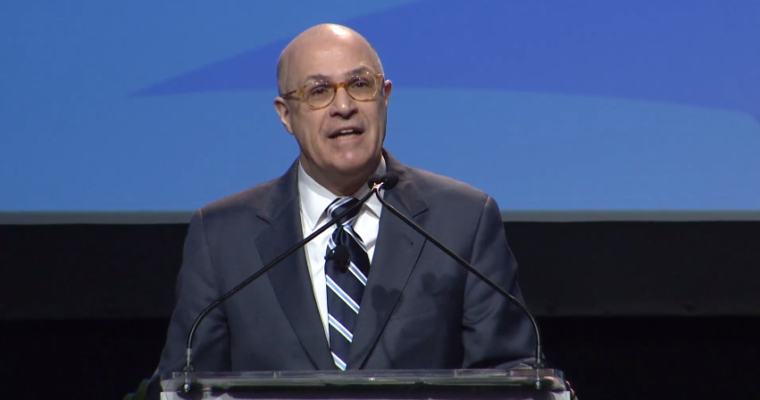 Bitcoin may never replace the greenback, but the flagship cryptocurrency could achieve significant adoption in the two-thirds of countries without stable currencies.

That statement might sound like a thesis put forward by an early bitcoin adopter, or perhaps a forward-thinking hedge fund manager. In actuality, though, that bullish forecast was issued by J. Christopher Giancarlo, the top derivatives regulator in the United States.

#Bitcoin is a commodity, but how do you characterize the rest? @giancarloCFTC, the man in charge of #crypto regulation, goes on the record. pic.twitter.com/hn2B1UOnGH

Giancarlo, the chairman of the Commodity Futures Trading Commission (CFTC) stated in an interview with CNBC that cryptocurrency is “here to stay,” even if it never achieves the ultimate goal of becoming the world’s leading currency, as Square CEO Jack Dorsey said that he believes it will.

“I personally think that cryptocurrencies are here to stay. I think there is a future for them. I’m not sure they ever come to rival the dollar or other hard currencies, but there’s a whole section of the world that really is hungry for functioning currencies that they can’t find in their local currencies. There’s 140 countries in the world, every one of them has a currency. Probably two-thirds are not worth the polymer or the paper they’re written on, and those parts of the world rely on hard currencies. Bitcoin [or another] cryptocurrency may solve some of the problems.”

“We’re talking maybe 10 years down the road,” he clarified.

The Trump appointee, as CCN reported, has been nicknamed “CryptoDad” for his congressional testimony in which he advised legislators to not dismiss cryptocurrency out of hand just because it appeals more to younger investors.

However, he also believes that regulators have a duty to take a “thoughtful” approach to approving cryptocurrency products, even if that means that the U.S. does not become the leader in every aspect of blockchain industry development.

“There’s no question that the United States is leading in a number of areas,” he said, referencing the burgeoning U.S. bitcoin derivatives market, “but there’s other areas as well of innovation where I think it makes sense for us to take a little bit more of a thoughtful and intelligent approach, just as the U.S. Congress did 20 years ago in the early days of the internet.”