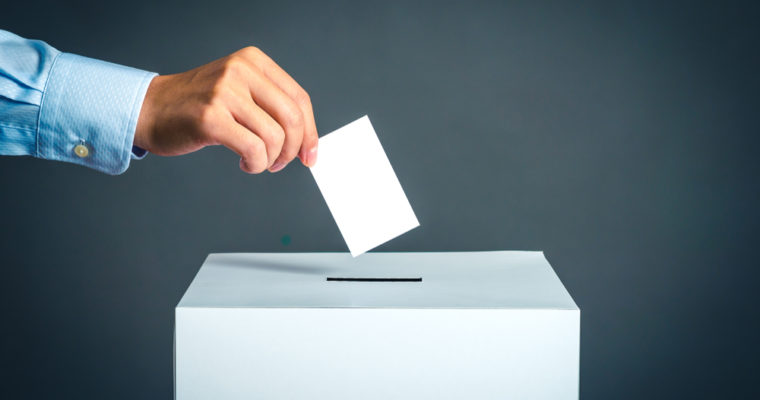 When cryptocurrency development firm Block.one concluded its initial coin offering (ICO) and released the first version of the EOSIO software, it didn’t just raise a record ~$4 billion in crowdfunded contributions — it also received 100 million of the 1 billion EOS tokens distributed through the network’s Genesis block. Now, the well-funded blockchain startup is vowing to use those tokens to stave off any block producer voting cartels, whether they are present now or arise sometime in the future.

Writing in an official statement published on the company’s blog, Block.one CEO Brendan Blumer stated the firm intends to use its EOS stake to ensure that the network’s on-chain governance model is characterized by a “free and democratic election process.”

“We are aware of some unverified claims regarding irregular block producer voting, and the subsequent denials of those claims. We believe it is important to ensure a free and democratic election process within EOS and may, as we deem appropriate, vote with other holders to reinforce the integrity of this process. We continue working on our potential involvement with the goal of empowering the intent of the greater community through a transparent process that incorporates community feedback.”

Blumer’s statement was prompted by allegations, first circulated on Chinese social media platform WeChat, that a group of block producers was operating a voting cartel.

Unlike Bitcoin and other Proof-of-Work (PoW) cryptocurrencies, EOS does not use mining to secure the network, verify transactions, and introduce new coins into circulation. Rather, it uses a Delegated Proof-of-Stake (DPoS) consensus, through which users can “stake” their tokens to vote for a group of 21 entities — called “block producers” — who take turns validating transactions and adding blocks to the blockchain. According to an unverified document allegedly leaked by an employee of a top 21 block producer, node operators have formed a cartel to circumvent that democratic process.

Per the document, various block producers have inked mutual voting pacts, through which they agree to stake their tokens to vote for a group of candidates in exchange for the other candidates voting for them in return. The document further purports to show that at least one cryptocurrency exchange is also operating a pay-for-play scheme, voting for certain block producer candidates in exchange for a percentage of their revenue or outright EOS payments.

China-based cryptocurrency news source cnLedger reports that this exchange — Huobi — has denied having a financial relationship with other block producers.

Huobi denies having financial business with the nodes ($EOS BPs) in the leaked spreadsheet. However they have not yet denied the authenticity of the leaked file. “Relevant information is still under further investigation”https://t.co/4oQYY6xM4I https://t.co/qL0wXNbfSI

As CCN reported, Block.one first announced in June that it planned to use its EOS tokens, which still account for nearly 10 percent of the cryptocurrency’s circulating supply, to participate in block producer elections.

However, those funds account for an even larger percentage of the network’s votes, since many token holders decline to stake their tokens and participate in on-chain governance. According to data compiled by block producer candidate EOS Authority, 54 percent of EOS tokens are currently staked, though — because votes “decay” over time to encourage users to remain active in network governance — actual voting power is much lower, at just under 26 percent.