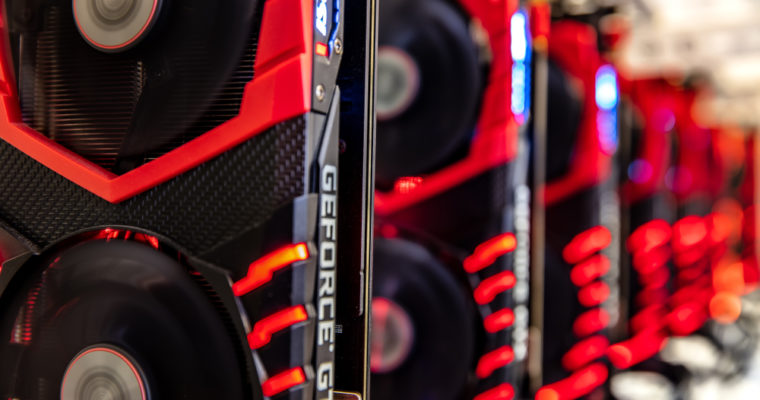 Japanese tech firm GMO is expanding its nascent cryptocurrency mining operation beyond bitcoin through the release of a software client designed to mine zcash and other Equihash-based cryptocurrencies using general-purpose GPU chips.

Dubbed Cryptoknocker, the software has specifically been developed for mining rigs composed of Nvidia graphics cards (GeForce 8 or later).

While the software itself is free, GMO wants a cut of the proceeds generated through it, namely, two percent of the coins users mine while running the client. GMO says that this fee is offset by a two percent efficiency improvement over other Equihash mining clients.

Though used by a variety of cryptocurrencies, Equihash is most often associated with the privacy-centric zcash, currently the 21st-largest coin by market cap. Like several other mining algorithms, it was developed to be ASIC-resistant, ensuring that it could be mined without specialized hardware only available from a small group of manufacturers.

However, China-based mining giant Bitmain recently announced a zcash ASIC, signaling that — unless zcash hard forks to alter its instance of Equihash — the era of mining ZEC with general-purpose hardware will soon come to an end.

Faced with a similar plight following the release of a Cryptonight ASIC, monero’s community decided to activate a hard fork and “brick” those new mining rigs. Zcash, though, has chosen not to make maintaining ASIC resistance a developmental priority.

The development of Cryptoknocker is the publicly-traded GMO’s latest foray into cryptocurrency mining.

Earlier this year, the Tokyo-based company unveiled the first line of bitcoin ASIC miners wholly-developed by a Japanese company, with the firm’s CEO stating at the time that GMO intends to disrupt Bitmain, who reportedly controls a 70 percent share of the cryptocurrency ASIC market.

In addition to producing mining rigs and software, GMO also oversees an in-house bitcoin mining operation. According to the firm’s latest monthly report, GMO mined 510 BTC and 25 BCH in August with a hashrate of 459PH/s, primarily using miners produced by other manufacturers. The company hopes to increase that hashrate by more than 70 percent before the end of the year.

“We will continue to introduce the mining machine from other manufacturers to the in-house mining. Our plan is to see our hash rate surpass 800 PH/s by the end of December,” GMO said.