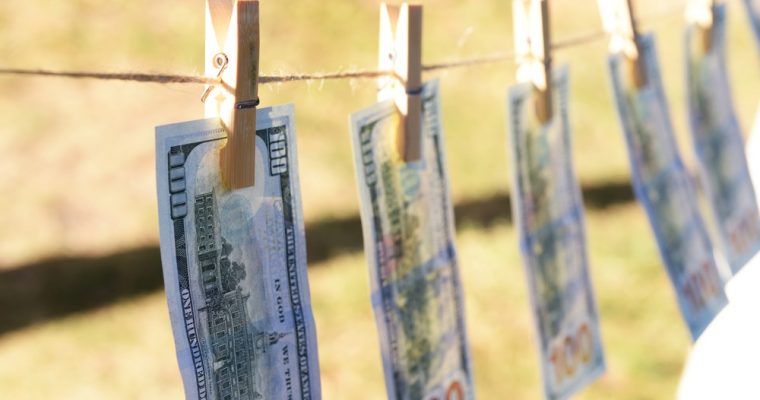 Over 46 cryptocurrency exchanges around the globe assisted criminals in laundering more than $88 million over the past two years, a Wall Street Journal report alleges.

The Journal’s investigation traced funds from over 2,500 wallets that courts flagged for their involvement in criminal activities. The paper partnered with London-based blockchain forensic company Elliptic to trace funds from wallets to exchanges. Also, to identify intermediary portfolios, which could have belonged to crypto exchanges, the Journal downloaded and compared them to the wallet addresses of suspected exchanges.

ShapeShift AG, the report alleged, was one of the largest recipients of illicit funds to have offices in the U.S., processing over $9 million out of the suspected $88 million over a two-year period. The Switzerland-incorporated-but-U.S.-operated altcoin exchange service lets people trade bitcoins and other digital currencies anonymously. Recently, though, ShapeShift announced that it would oblige with KYC standards from Oct. 1 to “de-risk” itself.

However, the Journal didn’t cut ShapeShift any slack for this change of heart, indicting the exchange for facilitating tainted transactions. Notably, the paper highlighted ShapeShift CEO Eric Voorhees‘ liberal take on anonymity on many occasions — frequently citing his views against AML laws or laws that require exchanges to perform KYC on every customer to catch an occasional criminal — to prove the exchange’s alleged unapologetic involvement in laundering money.

The WSJ report also presented evidence from security researchers, supposedly proving that criminals used ShapeShift to exchange bitcoin for monero, an anonymity-centric cryptocurrency. Following the WannaCry ransomware attack, in which hackers from South Korea extorted millions of dollars from governments and businesses, the investigation traced the extorted BTC to ShapeShift. It went on to say that the exchange didn’t change its policy even one year after the attack, and continued to launder criminal funds that eventually became untraceable.

In another example, the Journal mentioned an ICO that raised $2.2 million worth of ethereum from investors and then went missing with the funds. Upon trailing the stolen money, the paper found that one part of the cryptocurrency ended up at Asian exchange KuCoin, and about $517,00 went straight to ShapeShift, where it was exchanged for monero.

“Even spoofers who robbed ShapeShift’s own would-be customers by setting up a copycat ShapeShift website that stole their money used the real ShapeShift to launder their funds,” the report’s authors wrote, citing publicly-visible online data.

The Journal provided ShapeShift with all the suspected addresses and ShapeShift banned them from using the exchange. Veronica McGregor, the chief legal advisor to ShapeShift, further commented that they are preparing to comply with the existing AML and KYC regulations in the wake of future crypto regulations. She also separated their CEO’s “philosophy” from the way ShapeShift would or should govern, saying “he’s not pro-money laundering.”

On his part, Voorhees sharply criticized the WSJ report, stating its facts are cherry-picked and that the reported tainted trades amount to only 0.2 percent of ShapeShift’s overall volume.

“We are aware of the poorly-researched piece written against us by someone at WSJ. The implications are disingenuous and misleading,” he wrote on Twitter. “Author cherry-picked data, excluding facts contrary to vilification narrative. $9m figure is less than 0.2% of our volume over the time-period. Meanwhile global money laundering through banks is 2-5%.”

2/2 Author cherry-picked data, excluding facts contrary to vilification narrative. $9m figure is less than 0.2% of our volume over the time-period. Meanwhile global money laundering through banks is 2-5%. Op-ed forthcoming.