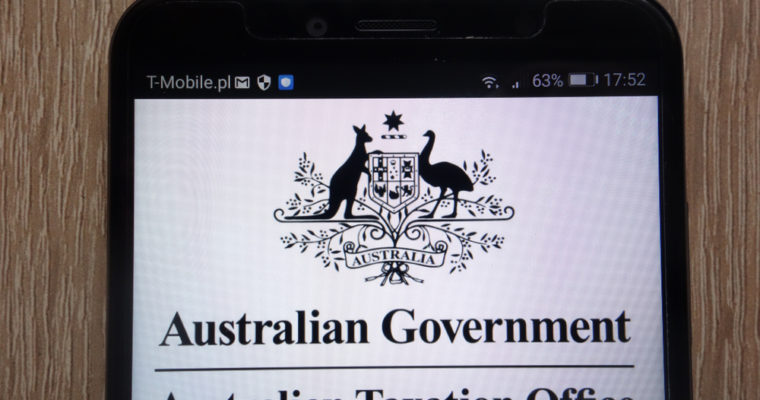 Australia’s taxman is once again sounding the alarm over fraudsters impersonating tax officials and demanding that tax debts be paid in bitcoin as well as other ‘unusual’ methods.

In the latest scam alert, the Australian Taxation Office has warned that scammers are going around threatening to get the federal police to send Australians to jail if their tax debts were not cleared urgently. The tax authority highlighted a case where an individual pseudonymously named Darren was contacted by a scammer who claimed he owed the taxman AU$9,000. The scammer threatened Darren with a jail sentence of half a decade if the amount was not paid the same day.

Under pressure, Darren went on to provide the contact details of his tax agent to the scammer in order to clear things up. Conveniently, however, when the con artist called Darren’s tax agent, he was found to be in a meeting. But there was another individual named Grey who purportedly worked in the same practice and who offered to assist. Grey then ‘corroborated’ the scammer’s assertions.

“A fake conversation was had between Mr Grey and the original scammer with Mr Grey agreeing there was an error with Darren’s tax return and that he owed money to the ATO,” Australia’s tax authority wrote on its website. “Mr Grey told Darren to go to a specific location and pay the $9,000 today. Darren withdrew cash and deposited it into a Bitcoin [ATM] machine.”

Besides bitcoin the ATO also revealed that the fraudsters were also demanding ‘tax debts’ to be paid in other unusual methods such as iTunes balance, pre-paid visa cards and store gift cards. According to the Australian Taxation Office, the best way to avoid being conned is to keep abreast of one’s tax affairs as it will be easier to tell outright scams when there’s clear knowledge of the ‘debts owed, refunds due and lodgments outstanding’.

This is not the first time that the ATO is warning against scammers who have turned to cryptocurrencies. In a previous scam alert which was reported by CCN in March, Australia’s taxman warned against con artists who were posing as employees of the tax authority. At the time it was estimated that the fraudsters had collected bitcoin more than AUD$50,000 from their victims in a scheme that had started in 2017.