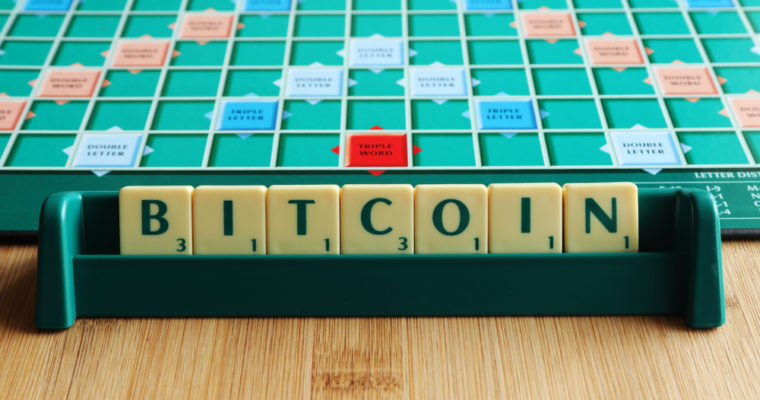 The newly-published sixth edition of Merriam-Webster’s Scrabble Dictionary released Monday includes ”bitcoin” as a playable word for the first time.

While bitcoin was added to Merriam-Webster’s unabridged dictionary in 2016, the Scrabble dictionary is updated less often and includes fewer words. The last update released four years ago, in contrast to the annual updates in standard dictionaries. So it is fitting to finally include the nearly universally understood bitcoin to the popular game’s “Official Scrabble Players Dictionary.”

The other words added are much less universally understood, such as “shizzle”and “cakehole,” among the over 300 new additions. Such millennial-speak has crept into the lexicon more and more, which Merriam-Webster is quick to pick up on. Over its long history, the Merriam-Webster dictionary has drawn criticism for being too prescriptivist, meaning they are too quick to add new words that appear in everyday language. Even the most recent words added to the Scrabble Dictionary attest to this allegation.

And if you thought there wasn’t any oversight into how these words were added to the rule book for the most die-hard Scrabble Players, don’t worry — the dictionary sought counsel from the North American Scrabble Players Association. Yes, there is an actual association for Scrabble players, according to the Associated Press.

However, bitcoin has perhaps been one of the least controversial additions to the dictionary.

In addition to bitcoin’s debut in the Scrabble dictionary, the latest release of the Merriam-Webster dictionary — the kind you had to use in high school — includes additional cryptocurrency-related words. “Fintech,” for example, is one of the “new technological terms [that] are more focused on the future than the present.”

“It’s important to remember that new words are added to the dictionary only when they have already been used by many people—often initially by specialists or subcultures. Then, gradually, a word’s use spreads to the rest of us. Every word moves at its own pace; there is no average speed for a word’s acceptance into the language, the culture, and the dictionary. The dictionary’s job is to report that usage as it enters the general vocabulary.”

Interestingly, it is possible to track how cryptocurrency’s adoption and growth propels more of the “insider” lexicon into official English.