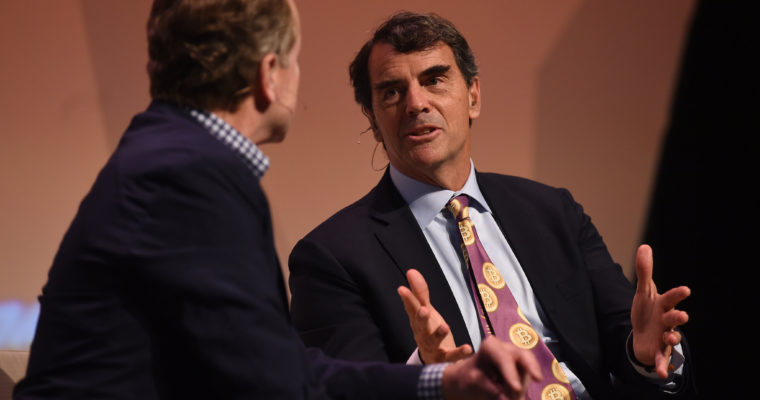 Tech billionaire Tim Draper stands by his bitcoin price target of $250,000 for 2022. Despite the recent slump, Draper remains undeterred in his enthusiastic outlook for the largest virtual currency by market cap.

After a massive spike in 2017, BTC prices tumbled 50 percent in 2018. Despite the recent bear market, crypto’s profile has never been higher, and the industry continues to expand.

In April 2018, Draper generated countless headlines after boldly predicting that bitcoin would soar to $250,000 by 2022, as CCN has reported. And nothing has happened to change his outlook.

“They’re going to think you’re crazy, but believe it,” he said. “It’s happening and it’s going to be awesome!”

Draper has an impressive track record with predicting bitcoin price movements, so it’s hard to dismiss any forecast he makes.

Four years ago, Draper invested $250,000 in bitcoin when its price hovered at around $6. He lost it all when Mt. Gox collapsed in February 2014.

“We were going to have this new kind of currency and it was going to be awesome and I thought [Mt. Gox’s collapse] was the end of it,” Draper recalled. “But bitcoin only dropped about 10% or 15% that day on news that basically the biggest exchange just stole a whole bunch of money. Then I thought: ‘Wait a second. People really need this. This is really important.’ So I started buying a little bit at a time.”

At the time, the U.S. Marshals had seized 144,336 bitcoins from the operators of the Silk Road drug marketplace. Draper said they were auctioning off nine lots, and most of the bidders were venture capitalists like him.

“Here was my thinking,” Draper recounted. “Either this thing goes to nothing and — you know, too bad — or it goes sky-high and nobody’s going to care that I paid 5% more for it. So I bid up to $632 and I didn’t just get one lot. I got all the lots.”

‘This Is Bigger Than The Internet’

Since then, the crypto market has mushroomed, and BTC approached $20,000 in December 2017. By then, Wall Street and the mainstream financial industry had taken notice of this burgeoning new asset class.

Throughout the market’s meteoric rise and recent slump, Tim Draper has steadfastly remained a vocal proponent for cryptocurrencies and blockchain technology.

“There are plenty of hacks around the crypto-world, but the bitcoin blockchain has never been hacked,” Draper said. “In fact, I am more confident in my bitcoin than I am in the U.S. dollars in Wells Fargo.”

Draper has no doubt that blockchain will revolutionize the world. “This is the beginning of something that’s bigger than the Internet ever was,” he gushed.

Because success is never linear, Draper said cryptocurrencies will inevitably weather their share of ups and downs, but the market will continue to forge ahead.

In fact, he predicts that the industry’s market capitalization will soar to $80 trillion by 2023, as CCN has reported.

“The Internet started in the same way,” Draper said. “It came in big waves and then it kind of came crashing down. And then the next wave comes concentrated but much bigger. I suspect the same thing will go on here.”