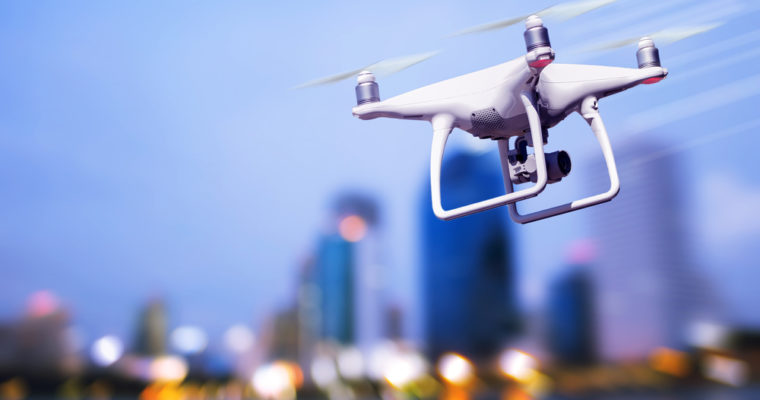 Computing giant and prolific blockchain researcher IBM has applied to patent a system that would use distributed ledger technology (DLT) to address privacy and security concerns associated with the increasing usage of drones in both commercial and recreational applications.

According to documents made public on Thursday by the US Patent and Trademark Office (USPTO), IBM first applied for the patent, the latest in its growing library of prospective blockchain applications, in March 2017.

In the patent application, the authors detail how a blockchain ledger could be used to store data associated with unmanned aerial vehicle (UAV) flights, “particularly when a security risk is considered to be relatively high,” ensuring that airspace controllers and regulators can supervise the increasing number of drones that now fill the skies.

Blocks may include a variety of different data points related to the drone’s flight patterns, including its location, manufacturer and model number, any erratic behavior, weather conditions, and proximity to restricted zones.

As the authors explain:

“The chain can be considered a chronicle of a UAV’s path through time. When a transaction is conducted, the corresponding UAV parameters are sent to one or more of the computing nodes in the system for validation. The one or more computing nodes establish a validity of the transaction and generate a new block. Once the new block has been calculated, it can be appended to the stakeholder’s UAV blockchain. Among many other advantages, the use of a blockchain infrastructure helps in identifying misbehaving UAVs by multiple parties and such activities are recorded in an immutable ledger. “

Under the proposed system, the permissioned blockchain could include variable block times that change in response to environmental triggers. For instance, if a recreational drone flies too close to a restricted flight zone, it may trigger a risk flag, increasing the network’s block time to provide airspace controllers with increased data on the UAV and, if applicable, its operator.

Conversely, a drone carrying emergency medical supplies may be granted special permission to operate in restricted airspace since regulators can discern from blockchain data that it has the authorization to do so.

These risk assessments may be performed by analytical algorithms or machine learning models performed off-chain and interfaced with the blockchain ledger through smart contracts.

Notably, IBM is not alone in viewing blockchain as a solution to problems involving the increased usage of drones and other unmanned vehicles. Recently, the USPTO published a patent application from Walmart that sought to use blockchain technology to secure packages throughout a supply chain made up of robots and autonomous vehicles.