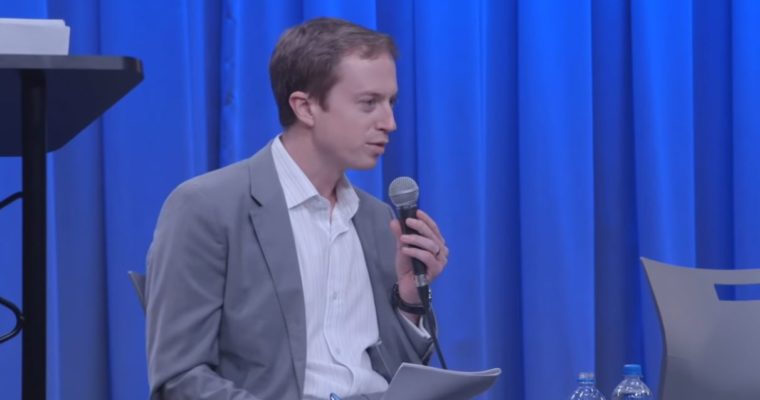 According to Erik Voorhees, the CEO of popular cryptocurrency trading platform ShapeShift, the bear market of Bitcoin is crucial for building market foundation and infrastructure.

“Bear markets are for builders. The calm, the quiet, the disillusionment. While the fickle and fair-weather peer around with nervous insecurity, the builders become the market’s foundation, preparing the mortar and stone of tomorrow’s towers.”

Why Corrections Were Historically Important For Crypto

Last year, throughout November and December, the cryptocurrency market saw unprecedented levels of speculation and interest, as national television networks and mainstream media outlets continued to fuel hype around the emerging asset class.

In some regions like South Korea, the price of Bitcoin surpassed the $20,000 mark, even reaching $24,000 at one point as a result of the so-called “Kimchi Premium.”

Investors that have been involved in the market since the early days of Bitcoin were understandably unfazed by the correction, given the four previous 80 percent corrections the dominant cryptocurrency experienced.

But, new investors including many in South Korea that invested large sums of capital into the cryptocurrency market with their savings and loans experienced substantial losses.

While the bear market of cryptocurrencies in 2018 was devastating for every investor in the market, Voorhees and other experts like Coinbase chief technical officer (CTO) Balaji Srinivasan emphasized that the correction was needed to ensure that developers and companies within the sector can build proper infrastructure to handle the next wave of interest and demand.

In late 2017, blockchain networks like Bitcoin and Ethereum struggled to handle increasing demand which pushed transaction fees to the $5 to $30 range. The market experienced wild volatility as it saw an influx of new capital at a rate that was previously unseen.

If the market had continued to see similar demand and momentum throughout 2018, blockchain networks would have had failed to support rising user activity and demand.

“The reason this thing [cryptocurrencies] really had legs was after 2011 when there was a bubble and it went up, and it came down, and it didn’t go to zero. It kind of stabilized and kept coming back up. Around that time was basically when I said ‘okay, this is going to stick around, it’s got legs, it’s not going to zero.’ That was kind of a buidl year. We have this kind of bubble-crash-build phases in crypto.”

The bull market of cryptocurrencies in late 2017 was primarily initiated by individual investors and retail traders, as institutions were not involved in the market.

This year, with the efforts, of Bakkt, Coinbase, BitGo, Starbucks, Microsoft, Goldman Sachs, Morgan Stanley, and Citigroup, institutions are expected to enter the cryptocurrency market.

Public blockchain networks including major cryptocurrencies like Bitcoin and Ethereum have demonstrated rapid progress in scaling, which will allow the market to support the next wave of hype, demand, and interest towards the cryptocurrency sector.