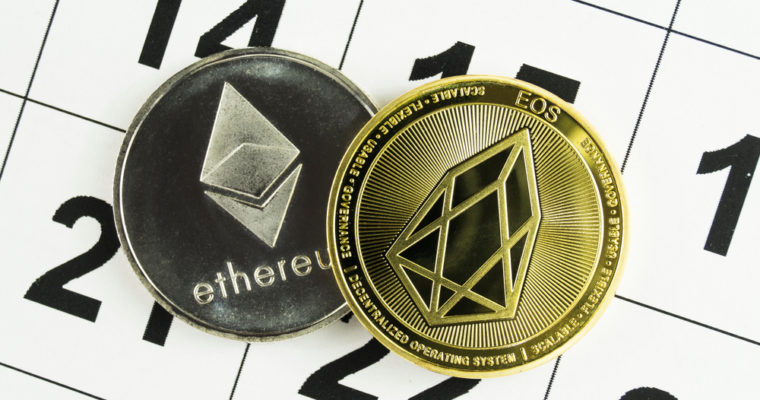 Bancor, a decentralized cryptocurrency exchange (DEX) protocol and one of the most popular decentralized applications (dApps) on the Ethereum network, has announced that it will bring trustless token trading to the recently-launched EOS blockchain.

Israel-based block producer and Bancor partner LiquidEOS made the announcement — which has since been heavily edited — on Monday.

Funded through an initial coin offering (ICO) that raised a then-record $153 million in 2017, Bancor averages around 350 daily active users, which — though low compared to centralized exchanges — ranks it among the most popular DApps in the cryptocurrency ecosystem, according to DappRadar.

As a DEX, Bancor uses a series of smart contracts to allow users to convert between tokens without depositing their funds into an exchange-controlled wallet. Unlike most decentralized trading platforms, though, Bancor’s protocol features built-in liquidity and automated pricing, which allows users to convert between tokens without the dApp needing to match buyers and sellers. Now, Bancor plans to extend that functionality to EOS, creating a bridge between the two most valuable dedicated smart contracts platforms, which the firm says will form the “world’s largest cross-chain liquidity network.”

Using the Bancor protocol as an intermediary, users will be able to trustlessly exchange between tokens that run on the EOS blockchain. More significantly, they will be able to trade EOS and select EOS-based tokens against the more than 120 Ethereum-based ERC-20 tokens currently supported on Bancor — all without relinquishing custody of their funds.

“We see the Bancor protocol as an elegant solution for liquidity that benefits all token holders by offering a completely new paradigm for value exchange,” said Dan Larimer, CTO of Block.one and the creator of multiple cryptocurrencies.

The current version of the announcement includes few details about Bancor’s EOS dApp. However, an earlier, more detailed version of the LiquidEOS blog post referred to the new platform as EOSX Liquidity Network, while also including a graphic that used the name BancorX. That graphic included a link to eos.bancor.network (full-page screenshot here), which also calls the platform BancorX.

Neither version of the announcement stated when BancorX would go live.