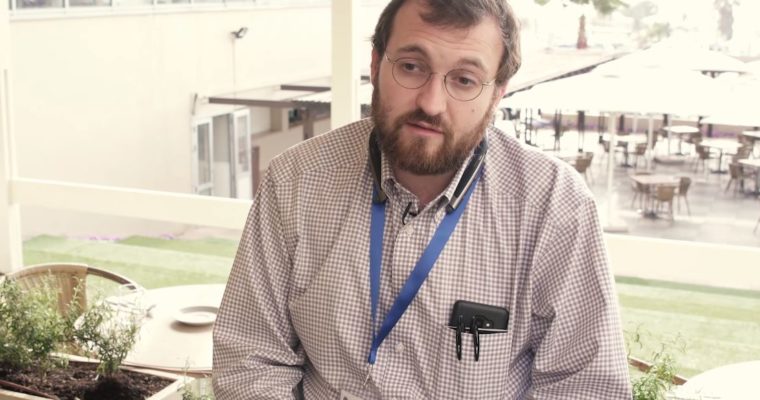 Charles Hoskinson, the co-founder of Ethereum and Cardano, entered the cryptocurrency sector when Bitcoin was valued at just over $1. Since then, the infrastructure supporting the market and blockchain systems has changed drastically, at an exponential rate.

In an interview with Mpho Dagada, Hoskinson, the CEO of IOHK, a technology company that leads the development of Cardano (ADA) and Ethereum Classic (ETC), said that he first engaged in the cryptocurrency sector by mining Bitcoin in 2011, when the dominant cryptocurrency was worth about $1.

In 2013, as the price of Bitcoin increased by 250-fold from $1 to $250, Hoskinson decided to be involved in the sector, with passion to lead major projects.

Initially, Hoskinson revealed that he was approached a Chinese entrepreneur to create a stablecoin for $500,000 in funding. At the time, Tether (USDT) was not around, and there were no stablecoins in the market investors could utilize to hedge the value of cryptocurrencies to that of the US dollar.

After rejecting the offer, Hoskinson met Dan Larimer, the creator of BitShares, to work on the first decentralized cryptocurrency exchange platform. However, Hoskinson eventually left the company due to the differences between himself and Larimer, and met Anthony Di Iorio and Vitalik Buterin to create Ethereum.

“[Anthony told me] There’s this kid called Vitalik, at that time he was 19, and he’s writen this great white paper. I can’t really make heads or tails of it. Can you read it? Let me know what you think. And I said sure, Anthony. So I read the paper, was very rough but I said, there’s something here and that’s how I met Vitalik Buterin.”

In 2014, at the North American Bitcoin Conference in January of 2014, Hoskinson and the rest of the founding members of Ethereum including Buterin, Di Iorio, Joseph Lubin, and Gavin Wood met, to officially develop and launch Ethereum.

“The North American Bitcoin conference in January 2014. So Anthony rented a beach house, we all bought her own way. There we met everybody, Joseph Lubin, Gavin Wood came, a lot of the big guys now who were not so big guys back then came and that was really the birth of a Ethereum,” Hoskinson added.

Since 2014, the cryptocurrency sector has demonstrated exponential improvement in market infrastructure, blockchain systems, and scalability. The launch of Ethereum in 2014 paved the first path towards decentralized applications (dApps) and the first decentralized computing system in the world.

In parallel to massive progress in development, the price of Bitcoin achieved a new all-time high at $19,500. Although Bitcoin has fallen to $6,500 in the past nine months, since 2011, Bitcoin has demonstrated a 6,500-fold return.

The largest regulated financial institutions like Citigroup, Morgan Stanley, and Goldman Sachs have started to commit to cryptocurrencies, with increasing interest from investment firms and institutions.