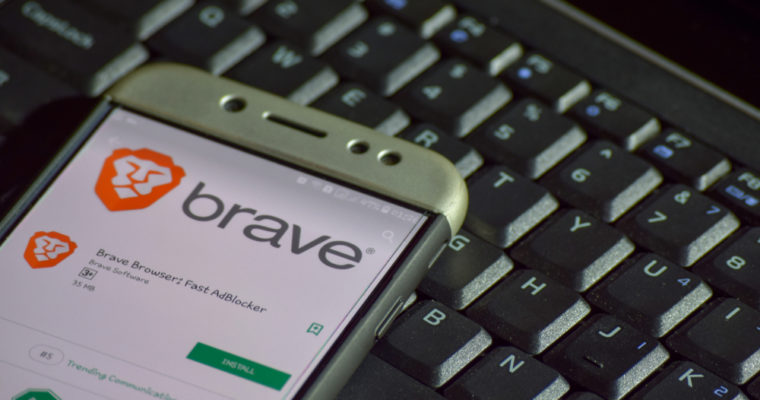 Brave, the web browser founded by Mozilla pioneer Brendan Eich and funded through an initial coin offering (ICO), has fired two shots across the bow at Google.

Reuters reports that the company, whose browser blocks obtrusive and privacy-infringing advertisements by default, has filed formal complaints against its much larger rival in Britain and Ireland, hoping to trigger provisions in the recently-implemented European General Data Protection Regulation (GDPR) that would require an EU-wide investigation into the tech giant’s data policies.

In the complaints, Brave alleged that Google’s practice of using “real-time bidding” to allow companies to purchase personalized ads exposes more user data, including sensitive information such as sexuality, ethnicity, and political views, than is authorized under GDPR.

“There is a massive and systematic data breach at the heart of the behavioral advertising industry. Despite the two-year lead-in period before the GDPR, adtech companies have failed to comply,” Brave’s chief policy officer Johnny Ryan told the publication.

If successful, Brave’s scheme could upend the data-driven online advertising model, which Reuters notes is expected to grow to $273 billion this year. Additionally, Google could face mammoth fines, as GDPR provides for regulators to levy fines as large as 4 percent of a company’s global revenue. Alphabet, Google’s parent company, recorded just under $111 billion in revenue in 2017.

The Silicon Valley giant, though, claims that its privacy policies sufficiently secure user data and have been vetted by European regulators.

“We build privacy and security into all our products from the very earliest stages and are committed to complying with the EU General Data Protection Regulation,” the company reportedly said in a statement. “We provide users with meaningful data transparency and controls across all the services that we provide in the EU, including for personalized advertising.”

Concurrently, CNET reports that Brave dumped Google’s eponymous search engine as the default option in France and Germany, replacing it with the privacy-focused Qwant.

Speaking with the publication, Brave executives touted Qwant’s commitment to neither track users nor save search history. Consequently, the tool cannot tailor search results to individual users — unlike Google — a practice that not only violates user privacy but also serves to “confine the user to a filter bubble.”

“The overriding commercial incentive for many ad tech companies is to share as much data with as many partners as possible,” Ryan said during a separate interview with CNET. “This is a ‘clean tech’ moment, and ad tech is fighting it the same way that Detroit fought the electric car. It is time to move on.”