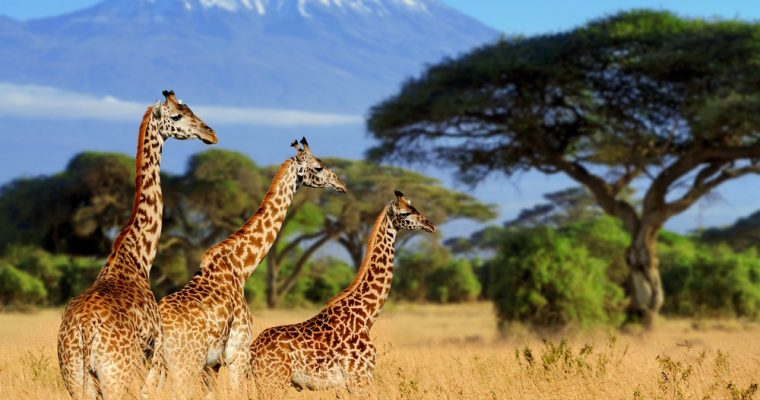 Binance Labs Director Benjamin Rameau has stated that Africa is front and center of the company’s expansion strategy as it bets on a vision of the 21st century driven by the world’s youngest population gaining increased access to technology and opportunities.

In a detailed blog published on his Medium page, Rameau comprehensively outlines why Binance believes that the future is African, starting with a historical comparison to Asia in the 1960s – also an under-serviced continent with a poor population.

According to him, the same contrarian investment strategies that proved extremely successful as Asia kicked off an economic miracle in the face of all expectation are likely to reap similar rewards in 21st century Africa.

The post goes on to state that unlike in developed markets where it competes with a flawed existing financial system, crypto has the potential to build a completely new financial system in parts of Africa where to all intents and purposes none currently exist, such as South Sudan where only 9 percent of people over 15 years old have a bank account.

Earlier when CCN reported on Binance opening up in Uganda, the story noted that Ugandans’ access to financial services has grown rapidly over the past decade, driven by digital inclusion through a wide adoption of mobile money platforms. According to a World Bank news report, there has been an over 100 percent rise in the number of adult Ugandans with access to formal financial services since 2009, but the total percentage of the population with this access is still about 16 percent.

From a Binance perspective, this scenario contains the real possibility for huge growth. Essentially, an entire generation of hundreds of millions of young, technology-receptive people could come into crypto finance as their first ever experience of a structured financial system, establishing crypto as a default paradigm on the world’s largest inhabited continent, which would be game-changing for crypto perception and adoption worldwide.

Expanding on this Rameau states:

“Access to financial services for saving, borrowing and protection will provide the capital to fund entrepreneurs, provide a safety net for retirement planning and provide disaster relief. Renewed optimism about the future will arise when people are given the freedom to take on risk. Households will have fewer children and invest more per child on education when parents can pre-finance their retirements. This will form the backbone to the modernization of African economies.”

According to Rameau, the 20th century model of industrialization which involved creating large industrial parks for manufacturing activities will be completely disrupted in a decentralized world due to the rise of technology such as 3D printing and cheap high-speed transportation, which will enable on premise, on-demand manufacture. Reducing the current industrial model to a relic will see Africa better able to compete in the global economy.

Another reason Binance sees a large future in Africa is the potential for crypto to integrate a vast continental market of more than one billion people which has a shockingly low level of intra-regional trade. Due to anachronistic, colonial-era barriers and restrictions, it is often easier and less expensive for an African country to trade with a European country than with its neighbor next door.

Crypto has the potential to quickly and comprehensively upstage the status quo using internationally recognized stores of value and watertight smart contracts amongst other blockchain-based solutions. Use of DAOs will prove to be a winning strategy for effortlessly sidestepping the legendary bureacracy involved in trading among Africa 55 countries.

The growth of the crypto economy will also create more economic opportunities for young Africans who will be placed to tap into the benefits offered by outsourcing from wealthier economies. Apart from improving the continent’s balance of trade and human development indices, the growth of economic opportunities on the continent will help to stem the flow of young Africans migrating to Europe and beyond in search of a better life, which is a major political issue in the world today.

Finally, Rameau mentions crypto’s usefulness as a stable alternative to Africa’s poorly performing national fiat currencies and as a means for sidestepping and preempting government-level malfeasance. As has already been proven in Zimbabwe, crypto can become a stable basis for an economy ravaged by high inflation.

Beyond that, however, DAOs allow small and large projects to be executed trustlessly in line with preset parameters determined by aligned interests. It is thus possible to effectively tokenize governance and make it impossible for public officials to steal funds or misuse their positions to the detriment of the public good.

According to Rameau, Binance sees itself as an African country, the same as it is Asian or European because the decentralization of DAOs makes them perfectly able to adapt to local circumstances while still being truly global.

CCN earlier reported that Binance pays more than 90 percent of its staff in its platform’s native BNB tokens, as part of the company’s effort to position itself as a much bigger value proposition that just a cryptocurrency exchange.