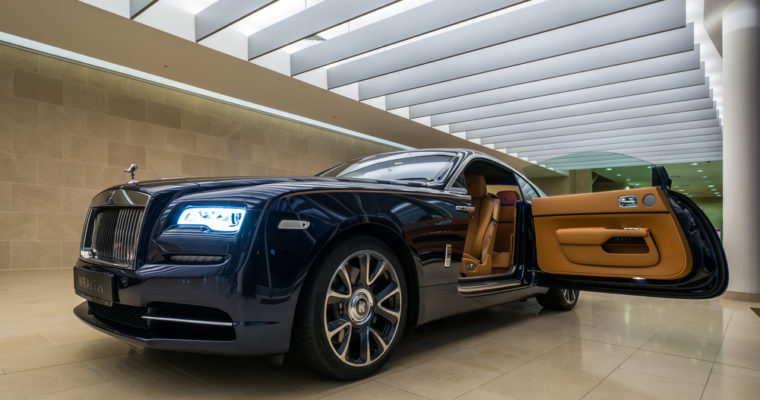 A luxury car retailer based in Houston, Texas, has become the first Bentley, Bugatti and Rolls-Royce (but not Lamborghini) dealership in the United States to adopt cryptocurrency as means of payment.

Post Oak Motor Cars, which is owned by Houston Rockets billionaire, Tilman Fertitta, will now accept bitcoin and bitcoin cash thereby breaking new ground in a segment that caters to athletes, celebrities and other elite clients.

According to Fertitta, the decision to accept crypto is aimed at enhancing the experiences of customers.

“The rising of bitcoin sparked my interest. Being a premier luxury car dealer, I always want to offer my customers the very best buying experience and this partnership will allow anyone around the world to purchase our vehicles faster and easier,” Fertitta, said in a statement.

Bitcoin payments at Post Oak Motor Cars will be processed by Bitpay, whose chief commercial officer, Sonny Singh, has said most buyers prefer making big purchases using the largest cryptocurrency by market capitalization because it is convenient.

Fertitta, who acquired the NBA team Houston Rockets last year at a price of US$2.2 billion, has been a vocal proponent of bitcoin. At the beginning of the year, for instance, the billionaire who also hosts the Billion Dollar Buyer reality television show on CNBC declared that bitcoin would become a permanent feature as he predicted that his businesses spread across various sectors would start accepting cryptocurrencies as means of payment.

At the time as CCN reported Fertitta argued that the flagship cryptocurrency needed to be insured by the U.S. Federal Deposit Insurance Corporation in order to increase adoption.

“Go to the bank and try to withdraw a million dollars, they don’t have the money. It’s just paper. That’s all bitcoin is, is paper, but it’s not insured by the FDIC today. And until it’s insured, a lot of people are never going to buy it,” Fertitta was quoted as saying in a television interview.

Additionally, Fertitta likened the current state of cryptocurrencies to the early days of the internet. He, however, disputed claims that bitcoin would end up just like some internet firms which disappeared once the dotcom bubble burst.

Fertitta is not the first owner of an NBA team to gravitate towards cryptocurrencies. Earlier this year, Mark Cuban, the owner of Dallas Mavericks which is based in the state of Texas just like the Houston Rockets, indicated that the basketball team would start accepting bitcoin for the purchase of tickets during the 2018-2019 season which kicks off on October 16.