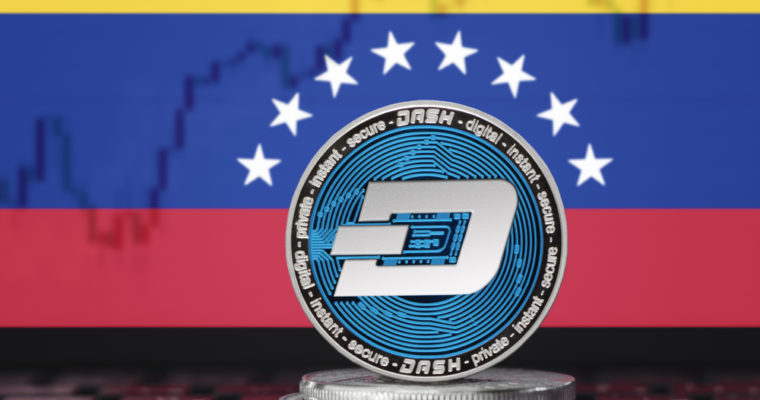 Dash (DASH) is currently experiencing a strong price surge, rising about 20 percent in the space of 24 hours as news coming out of Venezuela indicates that it is experiencing a solid increase in adoption by users fleeing the bolivar’s six-figure inflation rate.

CCN reported recently that Venezuelan president Nicholas Maduro announced the creation of the “Sovereign Bolivar,” a new currency to  replace the near-worthless bolivar, which had an inflation rate in excess of 100,000 percent. The new bolivar was then pegged to the value of the petro, a new state-sanctioned digital currency backed by the country’s oil production.

At a time when Venezuela’s annual inflation rate is projected to hit an absurd 1,000,000 percent by the end of the year, with the country’s oil production severely hampered by lack of investment, Venezuelans have understandably balked at the new arrangement, preferring to stick with the relative stability offered by bitcoin and other cryptocurrencies.

From a Venezuelan point of view, where bitcoin and other coins fall short compared to dash is the period of time required to confirm a transaction. Prior to last year’s crypto boom, bitcoin transactions took an average of 10 minutes, but since late 2017, bitcoin transactions began to take anything from 20 minutes to an hour during peak periods.

Ethereum fares slightly better with a 4.49-minute average, but dash offers even speedier confirmation, averaging two and a half minutes by virtue of its masternode network which allows it to offer an Instant Send service. For Venezuelans without access to a reliable fiat currency, this is as close as it is currently possible to get to a ‘regular’ transaction when carrying out regular everyday activities like shopping or paying for meals.

Dash has taken full advantage of the situation, reportedly signing up an average of 200 vendors a month including brands like Subway and Calvin Klein.

“We are seeing tens of thousands of wallet downloads from the country each month. Earlier this year, Venezuela became our No. 2 market, even ahead of China and Russia, which are, of course, huge into cryptocurrency right now…It took them a long time to get the first 50, first 100, but at the beginning of July, the number was around 400, and we’re already at 800. We’re at this point signing up more than 200 a month.”

Its latest market surge has been driven by the announcement of a partnership between Dash and Kripto Mobile, a South American company that manufactures mobile phones that come pre-equipeed with the dash ecosystem, DASH wallets and the Bitrefill app. According to Taylor, this deal will see dash’s monthly user growth rise to 10,000.