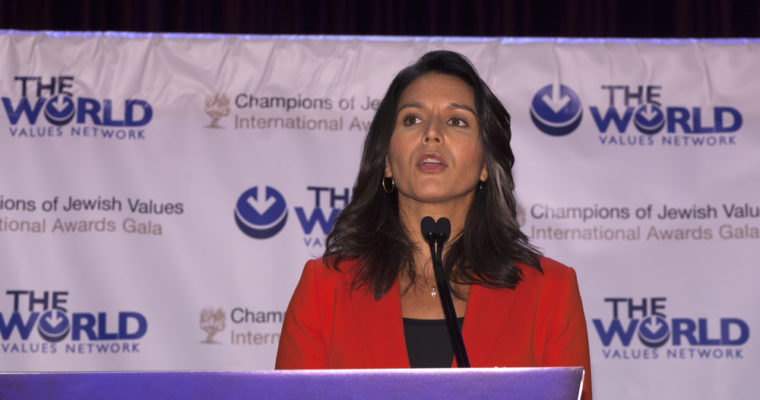 Gabbard reported purchasing between $1,000 and $15,000 of both ETH and LTC in a financial disclosure report filed with the clerk of the legislative body. The disclosure is required under an ethics memo the House Ethics Committee issued in June.

Gabbard, who serves on the Armed Services Committee and the House Foreign Affairs Committee, purchased both cryptocurrencies on Dec. 12, 2017, according to the report, and did not receive any income from either cryptocurrency.

On June 18, the House Ethics Committee issued a memo requiring lawmakers to reveal digital token holdings of more than $1,000. The memo required the lawmakers to list their holdings through financial disclosure reports, including the purchase or sale of any such assets surpassing $1,000 within a 45-day period.

A month earlier, in May, Rep. Goodlatte, the chair of the House Judiciary Committee, revealed holdings of between $17,000 and $80,000 worth of bitcoin, ethereum, and bitcoin cash.

Bobby Goodlatte Jr., the congressman’s son, is an angel investor and has participated in a funding round for Coinbase.

Rep. Jared Polis (D-CO) is a likely candidate since he co-founded the Congressional Blockchain Caucus, which has introduced legislation encouraging government services to adopt blockchain technology.

Sen. Mark Warner (D-VA) is another lawmaker who could report cryptocurrency holdings, considering that he has said he believes the cryptocurrency market could appreciate as high as $20 trillion. Warner was also an early investor in cellular phones, and he said that he sees parallels between the two industries in terms of their impact on the world.