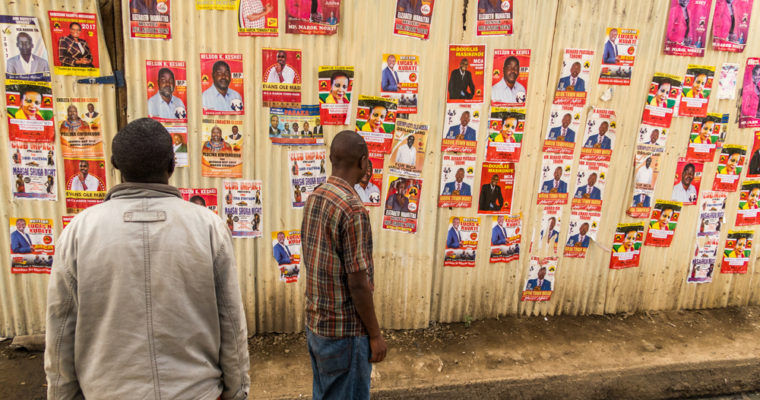 The Independent Electoral and Boundaries Commission of Kenya (IEBC) has announced plans to utilize blockchain technology to offer real-time polling results and thus improve vote integrity and trust in the voting process.

Speaking in a statement, IEBC chairperson Wafula Chebukati said that the technology will be used to give presidential candidates secure access to live results as the country struggles to shake off the legacy of the violent 2007 and 2017 elections which saw hundreds killed and hundreds of thousands displaced across the country.

Elections are often a hotly contested affair in Kenya, with candidates regularly trading accusations of vote tampering, rigging and voter intimidation. The 2017 presidential election between incumbent Uhuru Kenyatta and his main challenger Raila Odinga saw the country split down ethnic and regional lines as Odinga and his supporters refused to accept Kenyatta’s victory.

Despite losing a rerun ordered by the Kenyan Supreme Court, Odinga declared himself the ‘People’s President‘, and even held a swearing in ceremony for maximum effect. Though the election did not erupt into the ferocious ethnic violence of 2007, the experience has made the IEBC consider new ways of carrying out elections in such a way as to be transparent and acceptable to all contestants.

Kenya is renowned for hosting one of the busiest and most successful technology hubs in Africa sometimes known as ;Silicon Savannah’, and it boasts world-leading statistics in terms of access to mobile digital payments solutions.

The Blockchain Association of Kenya has long advocated for the use of blockchain technology in solving the country’s intractable electoral problem. A September 2017 editorial in Kenya’s Daily Nation newspaper openly admonished the IEBC to start using the blockchain to build voter trust, and the calls appear to have been heeded.

If the plans do come to fruition, Kenya would become one of the world’s first government-level blockchain adopters and it would become the second African country to use blockchain technology to some extent in its electoral process after Sierra Leone in 2018.

Under the framework, Kenya’s notoriously porous land registry database will be recorded on a blockchain, effectively making it impervious to fraudulent changes that corrupt officials currently effect in exchange for a bribe.

In April, CCN reported that Kenya’s Capital Markets Authority (CMA) recommended the creation of a special unit for handling cryptocurrency related issues as the country increasingly takes to blockchain technology.