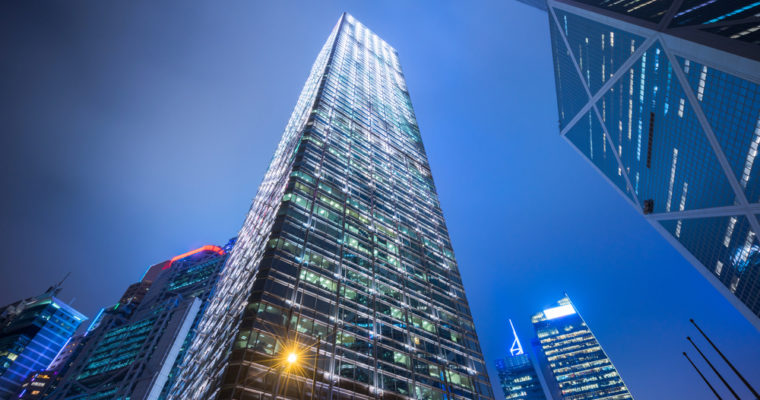 Bitcoin may not be reaching for the ‘moon’ [yet] but BitMEX is reportedly going after something else whose price has been skyrocketing – offices in Hong Kong.

According to the Hong Kong Economic Times, leveraged bitcoin trading firm BitMEX has just taken occupancy of the most expensive offices in the world. Per the business publication, the bitcoin exchange will occupy Cheung Kong Center’s 45th floor.

The average rent per square foot at the new location is US$28.66, more than nine times higher compared to the US$3.18 per square foot that BitMEX was paying at its old headquarters – a logistics and warehouse district in Hong Kong’s Victoria Harbor. With the entire floor consisting of 20,000 square feet, the leasing expenses will add up to US$573,200.

Per the Hong Kong Economic Times, while BitMEX had initially wanted half the floor, expansion plans made it necessary to occupy the entire floor. The US$28.66 per square foot that BitMEX is paying is higher than the then-record of US$26.75 that was paid per square foot for an office unit in central Hong Kong seven years ago.

Despite boasting some of the priciest real estate prices in the world, Hong Kong has managed to attract several high-profile crypto and blockchain firms. This includes Block.One which has leased 16,600 square feet of space in Hong Kong’s Central Plaza.

Some of the tenants that BitMEX will share the prestigious address with include Bank of America Corp, Barclays Plc, Bloomberg LP, Goldman Sachs Group Inc and the Securities and Futures Commission of Hong Kong. CK Hutchison Holdings Limited, the multinational conglomerate associated with billionaire Li Ka-shing, also calls the Cheung Kong Center home.

Reports of BitMEX’s leasing of new offices coincide with the price of bitcoin rising by over 4% within a short period of time at just about the time BitMEX was experiencing downtime owing to scheduled maintenance.

Scheduled Performance Upgrade on Weds, August 22 at 01:00 UTC: https://t.co/87NuN6P4j9 – Please note this downtime is on Tuesday night in the Western Hemisphere and Wednesday morning in the Eastern.

As earlier reported by CCN, the scheduled maintenance of the BitMEX platform suffered a few minor hiccups with some users being unable to gain access to their accounts. This was attributed to a denial of service attacks and it led to a short delay in the resumption of trading.

“Some users are reporting difficulty in logging in. We are diagnosing. We have postponed resumption of trading for 5 minutes to 01:35. We will report back shortly. Trading resumption deferred until login is stable. We will report back shortly. Login has stabilized. We encountered a large DDoS upon restarting web services. We will resume trading at 02:00 UTC (in 7 minutes),” BitMEX informed its users as reported earlier.