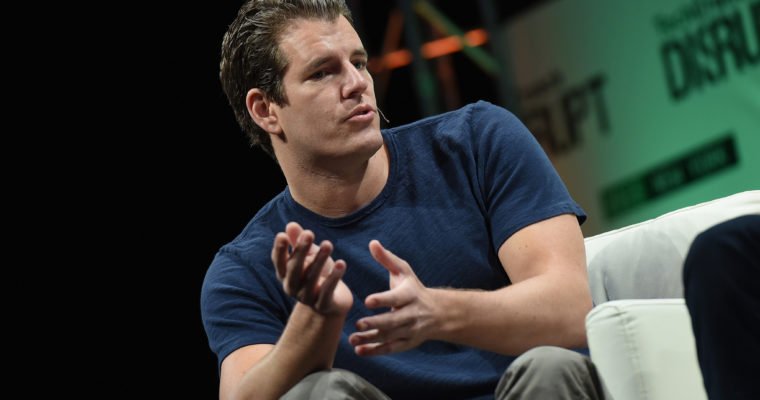 Crypto exchange Gemini CEO Tyler believes “it will take time” for the majority of Wall Street to enter the cryptocurrency sector.

The Winklevoss brothers also said they won’t be slowing down anytime soon after the Securities and Exchange Commission (SEC) rejected their proposal for a Bitcoin ETF recently, speaking in a Bloomberg interview.

It’s been a tough period for the owners of Gemini Trust Co. exchange, who have seen dwindling trade volumes on their exchange, declining prices for their holdings and a proposed bitcoin exchange-traded funds rejected last month.

The reluctance exhibited by the SEC to approve their fund twice is a tough pill to swallow for most, but the brothers said they would continue to grow the business despite the absence of institutional investors in the industry.

CEO of Gemini Tyler Winklevoss said institutional investors were gradually warming up to cryptocurrencies, but it will take time before they make a splash.

“Wall Street is taking cryptocurrencies seriously. However, the vast majority of Wall Street firms are still not participating in the cryptocurrency market, which remains primarily a retail-driven market. This will change over time, but it will take time.”

Institutional investors have been on the sidelines for a while due to the regulatory uncertainty hanging around cryptocurrencies. Investors on Wall Street are waiting for the regulators to clarify their positions on tokens and allow other financial instruments into the market, such as the Bitcoin ETF proposal drafted by Gemini and Cboe Global Markets Inc. The fund, if approved would have opened up the volatile cryptocurrency market to institutional investors.

In the meantime, Gemini has been making plans to grow its retail business. In the past six months, it has doubled its staff to 150 people globally, and it plans to increase it before year-end. The company also to managed to rope in tech executives to the exchange, bringing in former CIO at the New York Stock Exchange, Robert Cornish.

Following the denial of the Winklevoss Gemini Bitcoin ETF, prices of cryptocurrencies have taken a hit. Industry experts believe the CBoE backed VanEck/SolidX fund could be approved instead. The SEC postponed its decision to rule on the VanEck SolidX fund proposal to September.