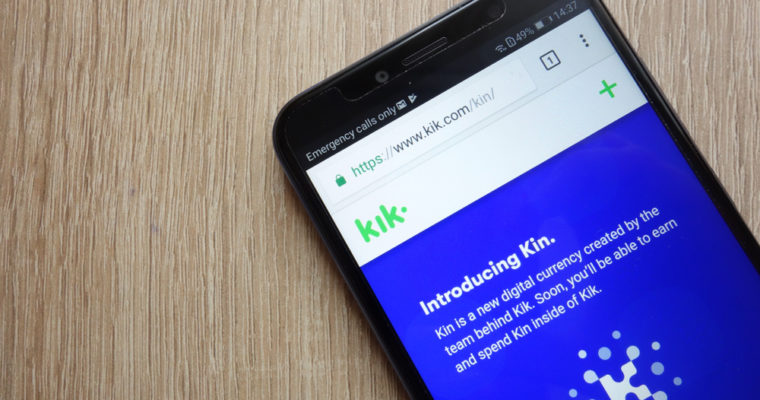 The Kin Ecosystem Foundation, creator of the cryptocurrency backed by social media company Kik Interactive, has selected consumer 40 apps to participate in the inaugural edition of its development incubator.

Announced on Wednesday, the program, which will fund 40 out of the more than 200 projects who submitted applications, will primarily feature new apps, though it also attracted more than a dozen apps that already have a combined active user base that numbers in the millions. That’s also 60 percent more than the 25 projects the foundation had originally planned to accept into the program.

The goal of the program is to fund the development of miniature in-app “kin economies,” bootstrapping the adoption of the cryptocurrency that last year raised $98 million through an initial coin offering (ICO).

“The Kin Developer Program allows us to harness the creativity of the global developer community to achieve our goal of becoming the most used cryptocurrency in the world,” said Dany Fishel, president of Kin. “We received proposals that plan to integrate Kin in new and exciting ways, and we are eager to work with these developers to build real consumer use cases of cryptocurrency.”

One of these projects is Nearby, a social networking app that helps users make new friends — think “Tinder for friendship” — and plans to replace its current rewards system with kin, enabling its millions of users to earn and spend the cryptocurrency within the app.

“Cryptocurrency has the potential to fundamentally change the way developers build consumer apps,” said Brian Hamachek, co-founder of Nearby. “This program gives us the opportunity to use a leading cryptocurrency and learn from the experts in the space, while being compensated for our efforts. We’re excited to create new use cases for Kin that add to the growth of the Kin Ecosystem.”

Another participating project, WiCrypt, plans to integrate kin into its peer-to-peer internet sharing app. Users can earn kin by sharing their mobile data with others or use the tokens to purchase internet access from another WiCrypt user.

In addition to mentorship from the Kin Ecosystem Foundation, projects will receive $15,000 and 50 million kin (~$7,000) following a demo day in early October. If they meet their benchmark goals over the course of the six-month program, they can earn up to $115,000 worth of cash and kin. Altogether, the foundation expects to distribute about $4.8 million in incentives.

Update 8/15: Kin clarified that the incentive pool has been increased to a maximum of $4.8 million since the program accepted more projects than had been originally announced.