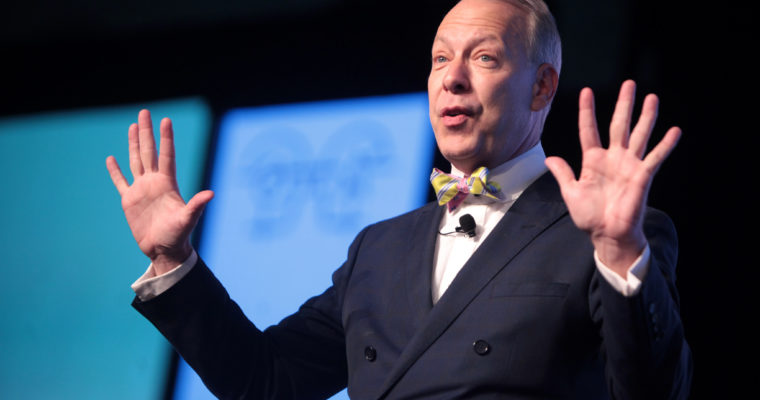 Prominent economist and editorial director of the American Institute for Economic Research (AEIR), Jeffrey Tucker, has urged governments and central banks around the world to let go of the idea of creating state-backed cryptocurrencies and instead focus on the soundness of the fiat system and the banking system.

In an editorial published in AEIR, Tucker stated that the growing cryptocurrency scene and its associated infrastructure are the preserve of private innovation and enterprise and that governments should not dabble in this field.

Speaking about efforts to regulate cryptocurrencies and bring them under government control strictly, Tucker opined that such efforts run in direct contrast to the stated goal of cryptocurrencies, which is the end of a monopoly on money.

Explaining this point, he said:

“I’m not a believer. They won’t compete in the marketplace. They might achieve the opposite of the stated goal – the end of monopoly. Truly rivalrous competition is just now starting to exist in a sector long monopolized by governments…Thanks to decentralized-ledger technology and some impressive innovations to create digital money and banking solutions — the technology operates peer-to-peer and requires neither government nor intermediaries to operate — we are beginning to see what real choice in currency might look like.”

In Tucker’s view, the rise of state-controlled monopoly over money supply over the past century is what led to world wars, economic depression, constant inflation, huge government debt and sprawling government bureaucracies dependent on quantitative easing for finance and influence.

Cryptocurrency he says, is the “most exciting thing in money and finance on the planet,” so governments have no business putting their hands into it and strangulating the emerging success story or pontificating about any of its perceived failings including its vast range of available choices and its failure rate which roughly rivals that of small businesses.

“Intervening will only result in more costly regulation and probably end up setting back the cause of genuine competition.”

Tucker also attacked the planned “ECB Coin” cryptocurrency tentatively mooted by the European Central Bank (ECB), stating that such a move would be pointless and potentially unworkable. State-backed cryptocurrencies he said, would be a remedy for a problem that does not exist. According to him, the way for authorities to express support for blockchain technology is not to try to reinvent the wheel but merely to create an enabling light-touch regulatory environment to allow such innovations flourish on their own.

Going further, he expressed a desire for European monetary authorities to reform the European financial system and increase competition through deregulation and reduced regulatory barriers to entry. Most notably, he called for a return to a gold standard instead of the current fiat system. All these he said, would be much more effective uses of regulatory power than attempting to elbow into the crypto market.

He also savaged the planned Venezuelan state-backed crypto — the petro — describing it as “not a cryptocurrency, but rather an oil-backed debt instrument floated only to get around U.S. trade sanctions.” This and other attempts at government-backed cryptos, Tucker says, will never work as the crypto market rewards coins that appeal to the desires of the market, not to official imposition.

Summarizing his thoughts on having the government in crypto he said:

“When the private sector is innovating, government and central banks should leave them alone. And an even better rule: if you didn’t invent it, and you made no contribution to making it more valuable, you can’t regulate it either.”