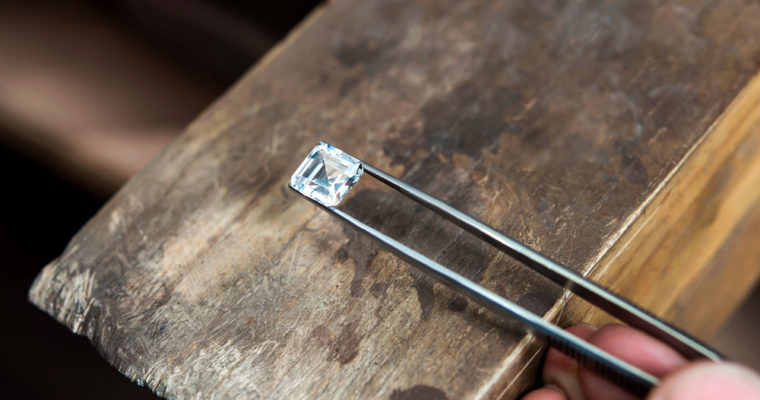 Rare Carat, an American company that helps users in finding authentic diamond rings, has partnered with blockchain firm Everledger to launch a product that will keep a track of a diamond’s price, quality and origin.

The new product, known as Rare Caret Report, is completely free and can be used both offline and online. In the official press release, Rare Carat explained that users will only need to enter the GIA (Gemological Institute of America) number of a diamond in order to make a decision. Details such as price, deal comparison, color, clarity and history will be provided to the users. Rare Carat’s gemologists will also offer honest reviews.

Everledger’s pioneering work with its blockchain-enabled platform will provide information on the diamond’s provenance, fulfilling a key consumer demand.

Founded in 2015, Everledger secures and records high-value assets in a global digital ledger. The company is a graduate of the Barclays Accelerator 2015 and has successfully tracked 1,000,000 diamonds.

“By enabling greater transparency with digital provenance tracking, consumers are able to have confidence in the authenticity and responsible production of the diamond that they purchase,” said Leanne Kemp, Founder & CEO of Everledger, “With this, the diamond’s value is also protected and consumers can directly benefit from our emerging technology solution.”

Blockchain to Disrupt the Diamond Industry?

Earlier this year, Signet Jewelers, the largest diamond retailer in the world, announced that it was joining the blockchain program Tracr. Tracr is a diamond traceability platform that was developed by internationally recognized diamond company De Beers Group.

Unlike Rare Caret Report, Tracr plans to trace the origin of diamonds on a blockchain ledger while ensuring that they are not being mined by slaves in Africa. The pilot was launched in January 2018 – De Beers Group announced in May that they had successfully tracked 100 diamonds from origin to retail. The Tracr platform will become fully available towards the end of this year.

In 2016, Dubai’s Blockchain Council also met up with Kimberley Process (KP), an organization that focuses on reducing the trade of conflict diamonds, in order to setup a transparent platform to track diamonds in the UAE.

As proven by these initiatives, using blockchain technology in the diamond industry creates trust in buyers and sellers. It also ensures that fraudulent activities such as falsifying certificates and selling fake or blood diamonds are greatly reduced.