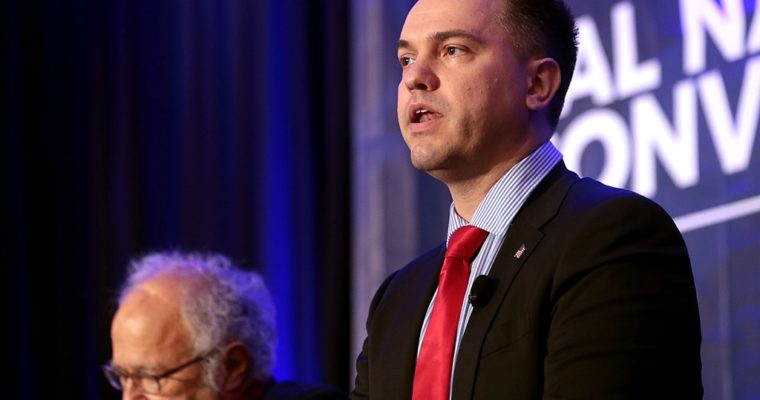 Petersen, who accepted the largest single bitcoin donation in federal election history and was also forced to return several six-figure cryptocurrency contributions due to campaign finance regulations, was soundly defeated by Attorney General Josh Hawley, who received 58.6 percent of the 663,553 votes, according to unofficial results published by Missouri elections officials.

Sorry I couldn’t pull out a win for us, friends. My faults as a candidate are my own, and not the fault of our activists. I am not a perfect messenger. One day soon I believe we will see more leaders who rise up and fight for our cause more fiercely and more successfully than I.

Despite garnering endorsements from several state-level Missouri politicians, Petersen finished a distant third, receiving 8.2 percent of the vote and coming in just behind Tony Monetti, who had been endorsed by former Alaska Gov. Sarah Palin.

Petersen’s candidacy was always a longshot, and the Republican National Committee (RNC) had already begun campaigning for Hawley long before last night’s primary. Hawley had also won endorsements from major local newspapers, including the Kansas City Star, who said that many of Peterson’s ideas are “best left to theoretical discussions in academia, or ignored altogether.”

Even so, Peterson’s supporters touted polls that suggested he — not Hawley — had the best chance to unseat McCaskill, the Democratic incumbent who is seeking a third six-year term. President Trump won Missouri handily in 2016, so Republican strategists believe they have an opportunity to flip the seat in November.

For cryptocurrency supporters, Petersen’s candidacy marked an opportunity to add another pro-bitcoin voice to Congress at a time when legislators and regulators are debating how best to respond to the rise of this nascent technology and asset class.

As CCN reported, some legislators — such as Congressional Blockchain Caucus members Rep. Jared Polis (D-CO) and Rep. Bob Goodlatte (R-VA) — have embraced the burgeoning field, while others, perhaps most notably Rep. Brad Sherman (D-CA), have called for the government to pursue an outright ban on cryptocurrency.

Previously, Petersen ran for president as a Libertarian Party candidate during the 2016 presidential election, finishing second in the primaries to former New Mexico Gov. Gary Johnson, who ultimately received 3.28 percent of the popular vote.