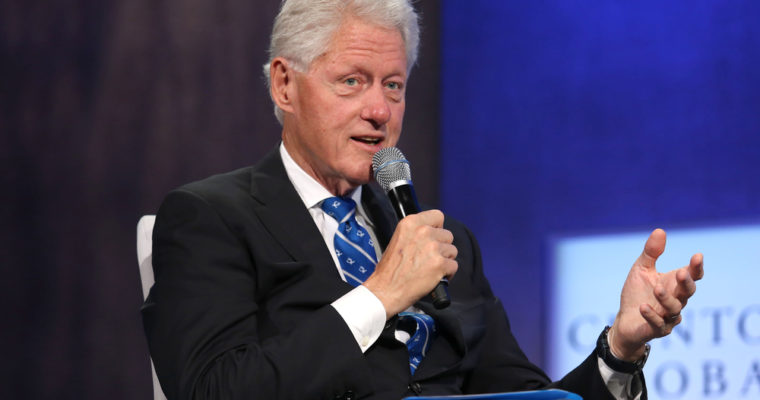 The annual Swell by Ripple conference invites global leaders from the policy, payments, and technology fields to come together and discuss how blockchain can be used to benefit society at large. According to a tweet from Ripple, former U.S. President Bill Clinton is set to keynote this year’s edition.

Ripple noted in a news release that President Clinton “helped usher in a period of extreme growth and adoption of the Internet” and established programs that brought new technology to communities around the world to help bridge the “digital divide.”

This year’s Swell conference is scheduled for Oct. 1 and will be held in Ripple’s native San Francisco, CA.

Attendees will have the opportunity to hear from from financial services companies who are using blockchain technology, learn about new market opportunities in “remittances, e-commerce, and corporate marketplaces,” and understand different frameworks for regulating virtual assets.

Sessions include “Flashtalk: How to Launch A Payments App For Millions”, where Ripple customers “share what it took to launch the first mobile application,” “Central Banks Show and Tell,” where bankers “share their experiences with blockchain,” and the “800 Pound Gorilla,” where “experts answer the big questions around adoption of digital assets.”

In the news release, the firm points out how nascent digital asset and blockchain technology come with their own potential causes for concern, and write how “thoughtful policy” must be instituted to keep consumers safe while still promoting innovation.

President Clinton’s address will also include a Q&A session with Gene Sperling, a member of Ripple’s board of directors. Sperling, who joined Ripple in 2015, worked with Presidents Clinton and Obama as a National Economic Council director and advisor.

Ripple has made headlines for its ability to adapt, innovate, and shape public opinion via a variety of manners.

Their first Swell conference in 2017 came after customers asked the company to “bring together leaders in banking and blockchain who are committed to changing the way the world moves money today.”

In the meantime, Ripple has taken steps to make connections and bring on talented personnel to help drive growth. Earlier in the month, the company announced Kahina Van Dyke as its newest senior vice president of business and corporate development. Van Dyke joined the firm after a long career working with Citibank, Mastercard and Facebook.

On the same day, David Schwartz was named chief technology officer of the company. Before working as Ripple’s chief cryptographer, Schwartz spent a decade as CTO at WebMaster.