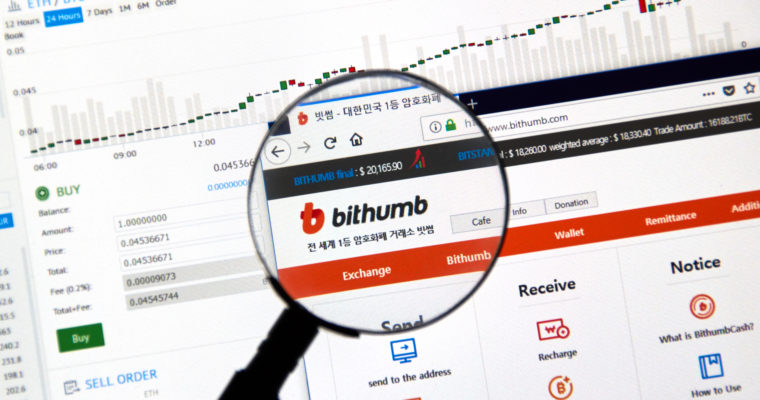 South Korean crypto exchange giant Bithumb has suspended the issuance of new KYC bank-linked virtual accounts after failure to renew and establish a contract with a bank, as mandated by new guidelines this year.

Starting today, August 1, Bithumb – one of Korea’s ‘big four’ exchanges – is no longer issuing new virtual accounts to customers due to the lack of a banking partner, according to a report by Business Korea. The freeze will not impact customers who already have virtual accounts at the exchange, used for deposits and withdrawals through linked bank accounts.

Accordingly, cryptocurrency exchanges are also required to renew their contracts with banks every six months.

As CCN reported at the time, Shinhan Bank moved to support Bithumb in a contract that has since been terminated. Bithumb sought to renew a separate contract with Nonghyup Bank, another ‘big four’ Korean bank, with a request that has been turned down, according to today’s report.

The decision was taken due to the bank’s concerns in Bithumb’s cybersecurity posture and customer safeguards, particularly in the aftermath of June’s incident wherein hackers siphoned $30 million in cryptocurrencies from Bithumb’s hot wallet.

“We have decided not to renew the contract because Bithumb still has problems in protecting consumers and information and preventing money laundering.”

“We are planning to iron out our different views on some legal expressions and start issuing virtual accounts soon,” a Bithumb official insisted, stressing the exchange had reached a “consensus” to renew the contract with Nonghyup Bank.