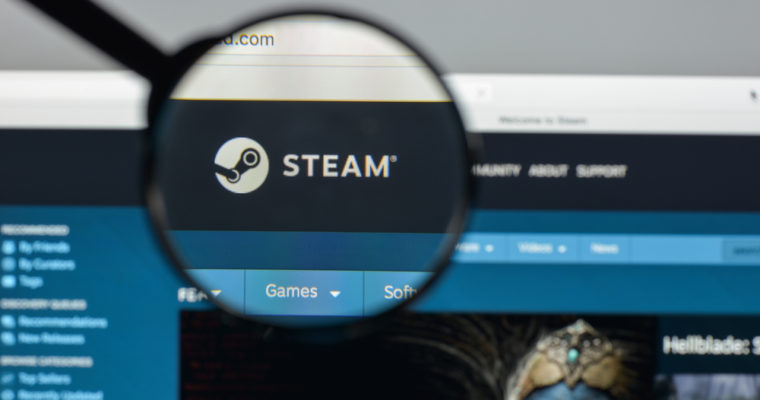 Valve Corporation, the company behind the gaming website Steam, suddenly pulled a game called Abstractism from its store. Customer complaints and the game’s performance metrics point to another instance of crypto jacking.

Abstractism has been marketed as a simple platformer where you control a bunch of pixels and try to carry it successfully to the other end of the level. In this case, you were managing a square in a black and white environment. All you had to do, was make it jump from one wall to the other — entertaining and straightforward enough.

It was a cheap game, too — retailing at $0.99, although there was a 51% special promotion ongoing until August 2, before the pull. Okalu Union developed the game and published it jointly with dead.team. While Steam banned both game publishers, Okalu Union still has apps available on Google’s Play Store — makes you wonder if there’s any hidden mining software contained in it.

Okalu Union doesn’t seem to have an online presence, unlike publisher dead.team which has its website. However, just at a quick glance, it’s clear they abandoned the webpage and put minimal effort into it. Their official page has a total of two entries — one on May 26, and one in November 2017.

As the video shows above, the relatively bare-bones title wouldn’t need any discernable amount of CPU and GPU. Polygon also reported the game asked its players to keep the game on as long as possible — not sure why given the nature of the game.

Players first noticed something was wrong when the game started using enormous amounts of CPU and GPU — the first red flag we’ve all grown used to spot by now. One customer accused the developer of crypto jacking, to which the company replied with a joke and a half-baked explanation.

Abstractism made a fatal mistake when it started selling game items that resembled rare artifacts in other games. The developer probably saw an opportunity to make quick, extra money – beyond raking in Monero through its cryptojacking run. Unknowingly, several players bought some of these rare items only to find out they couldn’t be used in the game they wanted — nor could they be used in Abstractism.

Steam has seen a rise in cheap, “fake” games used to exploit its customer base. Just last month, the platform removed nearly 200 of these so-called games, or shovelware, from its platform.