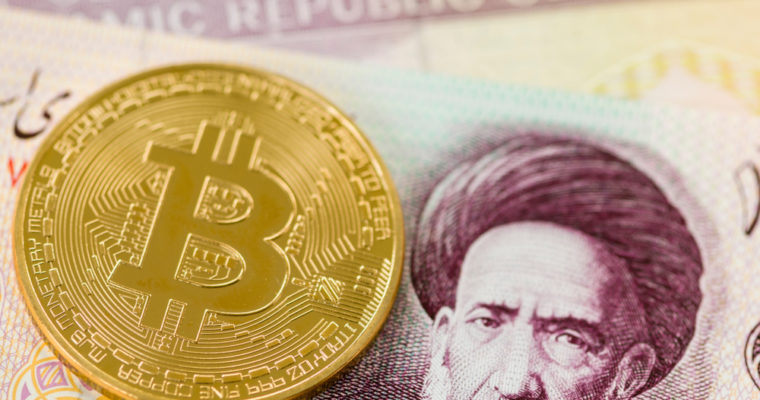 Iran’s national currency has crashed to its record low against the U.S. Dollar as the country prepares to face economic sanctions imposed by the Trump administration.

The Iranian Rial, which was just beginning to gain momentum after years of depreciation, set a new low on Monday, trading on an average at 100,000 Rials on the black market. Many Iranians are now agitated that their economy will collapse. The sentiment has furthered because of Iranian authorities’ decision to impose restrictions on foreign currency transactions. The authorities have also started a crackdown on those attempting to circumvent restrictions by purchasing gold coins in the black market.

Stuck between a depreciating national currency and strict law enforcement agencies, some Iranians are reportedly turning to bitcoin and similar decentralized assets to elude sanctions. Since May 2018, when the U.S. announced its sanctions against Tehran, bitcoin trading volume within the country has experienced a marked uptick, though it is still far below the all-time high it set last December. Around the same time, local media had claimed that Iranians had sent over $2.5 billion out of their land to purchase bitcoin and other digital currencies.

One Iranian, who wished to remain anonymous, confirmed that she has been purchasing some bitcoins every month out of her salary as a protective measure against U.S. sanctions.

“I started purchasing Bitcoin, and even Ethereum, thinking Iranian central bank will not be able to resolve the poor economic situation,” she told CCN. “I had read many reports about Chinese and Venezuelan people doing the same at the time of their economic crisis.”

She has also confirmed that Rial price dropped heavily against bitcoin in the underground market, stating she was asked the equivalent of as much as $20,000 to purchase 1 BTC by the same dealer who was selling it for $10,000 only the last month.

In international markets, the bitcoin price against USD is around $8,130 at press time.

Iran, despite banning bitcoin and similar digital currencies in April this year, had announced that it will launch its own national cryptocurrency. Just very recently, the Iranian government confirmed that they have created a national encryption key which would employ blockchain technology.

Nevertheless, U.S. believes that efforts to bypass their sanctions will be in vain, for they apply to people and organizations, not assets. The Trump administration has made clear that those who would form business ties with Iran would be enmeshed by sanctions.

A similar attempt made by Venezuela by launching an oil- and mineral reserves-backed cryptocurrency, the Petro, has not gone too well. It has dropped from its initial sale price of $60 to the current price of $16.50, with minimal demand from global markets.