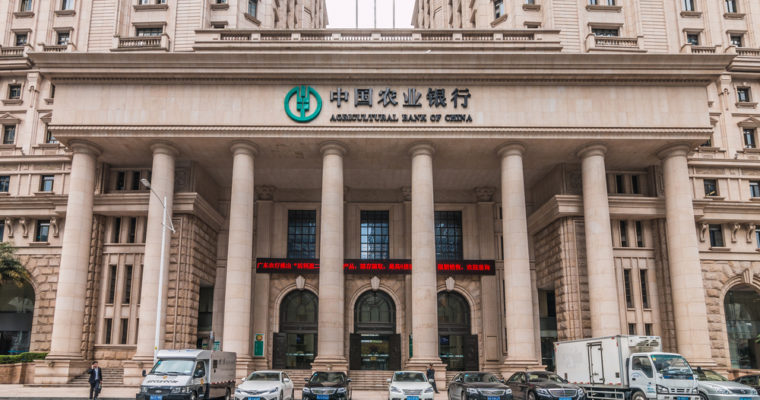 In a significant breakthrough to deepen the reform of mortgage loans, the Agricultural Bank of China (ABC) revealed that it has issued a farmland loan worth $300,000 on the blockchain in a trial.

The bank, as reported by a local news source, used a segment of agriculture land as collateral to issue the mortgage loan in one of its Guizhou province branches. It also distributed the details of the loan across other node partners, including various commercial banks, Guizhou’s Land and Resources Bureau, and – surprisingly – the local branch of the People’s Bank of China.

In a broader sense, ABC’s new blockchain solution – reportedly called E-Blockchain Loan – will be ideal to resolve the complexity of the loan process. The bank recognized that the current loan approval process involves intermediaries at every step. Most institutional banks still take weeks, or even months, before approving a potential borrower. Disintermediation could save thousands of dollars for ABC and other involved parties by eliminating costs incurred from legal fees to underwriting costs.

The bank stated that their E-Blockchain Loan system would also make it easier to streamline borrowers’ data across the banking system. It will allow the lending institutions to verify their potential borrowers, individually to check if they use the same portion of land to receive loans from different banks.

Another benefit of sharing data across multiple node partners is tamper-proofing. As each server hosts a copy of mortgage data, it would be difficult for hackers to find a single point of failure and organize an attack.

As for the borrowers, especially the farmers in China, E-Blockchain Loan system would offer quick and easy access to farmland mortgage loans. The farmers would be able to access the loaning facilities online while avoiding long queues at brick-and-mortar bank branches.

ABC confirmed that it would expand its blockchain solution to other branches after testing the output of the initial test runs. Furthermore, the banking giant plans to incorporate other loanable assets, including real estate, soon.

At the same time, the real challenge would lie in making technologically advanced systems like blockchain simpler to adopt and understand at users’ end.

HyperChain, a Hangzhou-based blockchain startup, is reported to have actively provided technical support to ABC’s blockchain project. Since June, the company has been announcing a partnership with ABC on various fronts, including a consortium blockchain system that features state-complied smart contracts, nodes’ modification and data restoration as crucial modules.