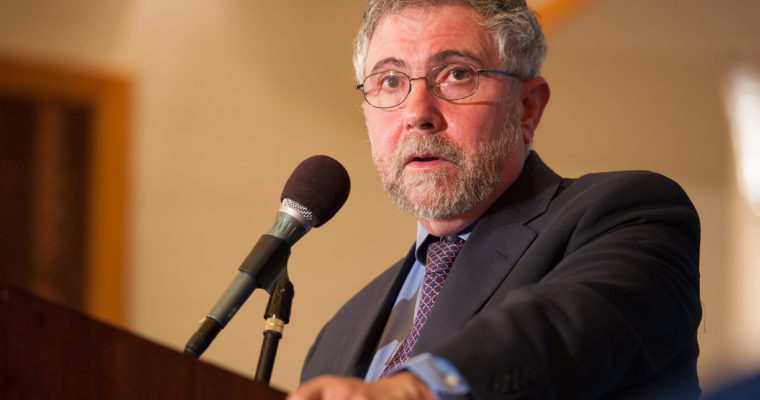 American economist Paul Krugman has taken another swing bitcoin, arguing that the prominent cryptocurrency, as well as its peers, represents a 300-year economic regression and will “likely” experience a “total collapse.”

Writing in his regular New York Times column, Krugman — who has at various times published articles lambasting bitcoin as “evil” and “the long cryptocon” — lays out a case for why his continued skepticism towards cryptocurrency is justified.

The Nobel Prize winner said that he has two main problems with cryptocurrency: its transaction costs and “lack of tethering” (an ironic term, given the controversy surrounding the cryptocurrency token of the same name).

Krugman argues that, throughout history, money has gradually evolved toward frictionless transactions, culminating in the current monetary regime centered around credit and debit cards and other types of digital payment methods.

Bitcoin, he says, represents a 300-year evolutionary regression because it reintroduces friction into the monetary ecosystem in the form of the costs associated with mining transactions and validating the blockchain history.

“Set against this history [of money], the enthusiasm for cryptocurrencies seems very odd, because it goes exactly in the opposite of the long-run trend…In other words, cryptocurrency enthusiasts are effectively celebrating the use of cutting-edge technology to set the monetary system back 300 years. Why would you want to do that? What problem does it solve? I have yet to see a clear answer to that question.”

While conceding that governments have “occasionally abused the privilege of creating fiat money,” Krugman says that the conventional central banking system has done its job “quite well,” providing users with low-friction transactions and stable purchasing power. Bitcoin — you can probably guess where this is going — is not useful as a medium of exchange or a store of value.

Cryptocurrency Has No ‘Tether’

It is then that Krugman betrays his true problem with cryptocurrency if it is indeed digital cash and digital gold. People hold cash in large denominations, he claims, for one purpose: criminal activities including tax evasion. Bitcoin, he says, is constrained to the same use case.

But while $100 bills may not be a useful medium of exchange for legitimate transactions — many stores do not accept them — Krugman says that they have one key advantage over bitcoin: their value is “tethered” to the value of smaller-denomination bills, which “have underlying value because men with guns say they do.”

“Cryptocurrencies, by contrast, have no backstop, no tether to reality. Their value depends entirely on self-fulfilling expectations – which means that total collapse is a real possibility. If speculators were to have a collective moment of doubt, suddenly fearing that Bitcoins were worthless, well, Bitcoins would become worthless.”

So will that collapse occur? Krugman, on his part, thinks that it will, though he says that it’s possible, if unlikely, that bitcoin could endure as a black market-asset.