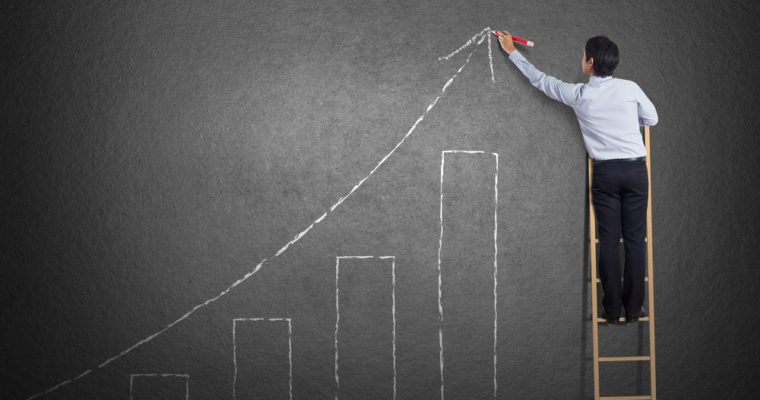 The Tron price strengthened against the U.S. Dollar on Sunday, helped by strong fundamentals, while the rest of the cryptocurrency market remained stagnant.

According to the data available on Bitfinex, Tron’s TRX token jumped 8.5% against USD, while other top-tier cryptocurrencies, including bitcoin and ethereum, continued to trend sideways. From the technical point of view, TRX/USD has already crossed above its near and medium-term moving averages, while the pair’s RSI and Stochastic indicators are also indicating a potential upside extension. In the chart below, one can notice the 100H MA trend (represented in blue) crossing above the 200H MA (depicted in red). The crossover indicates a strong bullish sentiment.

The TRX/USD is now supported by an ascending trendline, represented in purple, while its intraday positions are reflected with the help of a Fibonacci retracement level graph (drawn from 0.0436-high to 0.0328-low).

However, the key driver behind the TRX/USD upside could be more fundamental than technical.

Tron lately began to migrate from the ERC20 to the TRON20 standard, a native coin for the Tron independent mainnet. As of now, the migration is reported to be running smoothly, with 351 nodes and the block height is 9,294,675 being migrated already. The round has support from Binance, Gate.io, Max, Bitfinex, HitBTC and other leading exchanges.

Justin Sun, the founder of the decentralized web content project, had recently confirmed their acquisition of BitTorrent, the world’s leading torrent client with over 150 million active monthly users. Speculations point to traders’ growing interest in the TRX token post-BitTorrent acquisition, the result of which could have influenced the rally mentioned above.

Proud to announce @BitTorrent and @uTorrent are now part of the #TRON family. BitTorrent is supported by over 100M active users. Together we are building the future of the decentralized Internet! Stay tuned for updates #TRONBT $TRX @Tronfoundation https://t.co/mQQqUeOaHv pic.twitter.com/eSYY4lWsXI

The BitTorrent team confirmed two days after the acquisition that they would be candidates to Tron’s Super Representative elections.

As the TRX price climbs, another essential factor that could be acting as a ladder is the launch of Tron’s Virtual Machine (or TVM). The new testnet is scheduled to go live on July 30, and, according to the company’s latest announcements, is 80% faster than Ethereum. The statement confirms a hype that is traditionally associated with the high performing assets in both traditional and crypto-trading ecosystems. If what Tron claims is true, then the project could attract developers that are currently using Ethereum to run and create smart contracts.

Tron’s hype machine is getting further support from a so-called secret project that will be announced alongside the TVM launch. According to Justin Sun, their secret project will add over 100 million active users to the Tron platform. The community is blindfolded and waiting for a surprise package, with some even speculating that Tron will partner with Alibaba, a world-renowned Chinese e-commerce company.

Despite the hype followed by a TRX/USD upside momentum, many users have expressed their concerns over Tron’s style of putting mouth before action.

I noticed a lot of people I was following for TRX suddenly went offline/silent after the mainnet didn’t meet their expectations. Totally understandable, so if this again doesn’t meet expectations it should be a lesson for him to cut out the hype and just do the damn thing.

As Tron and its community prepare for July 30th, only July 31st will have the answer about TRX’s interim price action. We will continue to monitor this story for further updates.