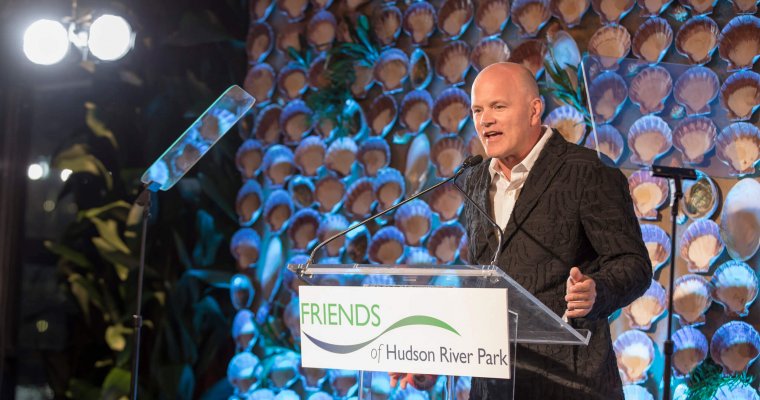 Telling prospective investors that your cryptocurrency merchant bank lost more than $130 million during a single quarter is not the optimal way to market your firm on the eve of its public listing, yet that’s the situation in which Mike Novogratz now finds himself.

According to Bloomberg, Novogratz’s firm — Galaxy Digital LP — will on Aug. 1 finally be listed for trading on the Toronto-based TSX Venture Exchange (TSX-V), which lists companies that are too small to be traded on the main Toronto Stock Exchange.

As part of that process, which due to the complexities of reverse takeover listings, as well as regulatory red tape, dragged on much longer than Novogratz would have liked, Galaxy Digital was obligated to release its audited first quarter financial results.

Those results, as CCN reported, were less than stellar. The firm lost $134 million for the quarter, largely due to the massive decline of the underlying cryptocurrency market.

Novogratz, a billionaire investor and former hedge fund manager, struck an optimistic tone about the firm’s prospects moving forward — he said he hopes to be profitable within a calendar year — but has also recently said that he now wishes that he had stayed private a bit longer.

“If I knew what I know now, knew the crypto markets were going to swoon as much, and it was going to take so long, I might have stayed private for another year or so and then gone public,” Novogratz said in a TV interview with BNN Bloomberg in Toronto. “But I don’t think it’s a mistake.”

It’s not clear where Galaxy Digital shares will trade once the markets open on Wednesday. Current investors purchased shares at C$5 apiece during a private placement, which was held in January near the height of the cryptocurrency hype cycle.

It’s unlikely that they remain this valuable, though the current dearth of publicly-listed cryptocurrency and blockchain firms could make Galaxy Digital a favorite among investors seeking to gain exposure to this nascent industry.