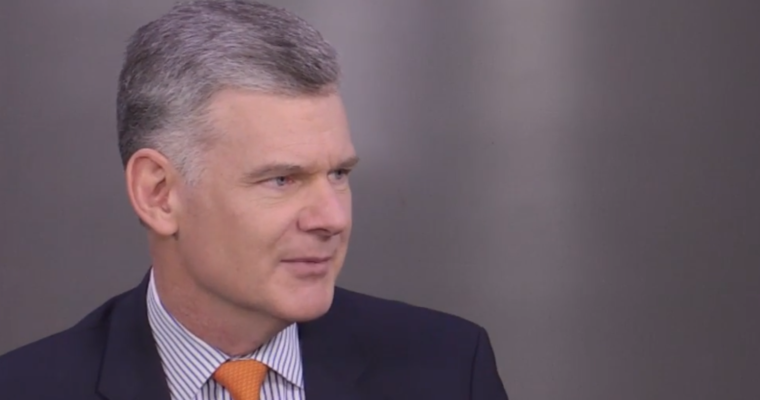 The year is more than halfway over, but hedge fund manager Mark Yusko isn’t backing down from his prediction that the bitcoin price will reach a new all-time high in 2018, the first rumble of a moonshot that will see the flagship cryptocurrency crack the six-figure threshold in less than a decade.

My view from April is unchanged. The #NetworkEffect of #Bitcoin is powerful and all that matters today is securing ownership of the Network, the daily price is just noise… #BuyAndHODL 🚀 https://t.co/FvnIi4jrX1

Last October, Yusko predicted that the bitcoin price could one day reach $1 million per coin, though he said that he did not expect BTC to hit this milestone for at least a decade.

Such predictions rank Yusko among the most optimistic of bitcoin bulls, but he says his targets are justified due to the power of the “network effect” — the theory that a communications network becomes increasingly valuable as it onboards more users.

As CCN reported, the bitcoin price tumbled below $8,000 last Thursday after the U.S. Securities and Exchange Commission (SEC) denied the Winklevoss twins’ second attempt at listing a bitcoin ETF on a regulated exchange.

Though the ruling was not a blanket decision on all cryptocurrency ETFs, the reasoning behind the agency’s decision cast significant doubt on whether it will approve any other bitcoin funds in the near future.

Despite this downward pressure, bitcoin managed to fight its way back above $8,000 and spent the majority of the weekend trading near $8,200.

Commenting on bitcoin’s recent price movements, Yusko said that daily fluctuations are “just noise” because “all that matters is securing ownership of the [Bitcoin] Network.”

Earlier this year, Morgan Creek Capital began raising capital to launch a $500 million cryptocurrency hedge fund. Anthony Pompliano (perhaps better known by his Twitter handle, “Pomp”), who runs Morgan Creek’s Digital Assets operation, said recently that he and his partners have “never sold an investment” from one of their crypto funds, adding that this industry is a “decades long game” that will reward patient investors.