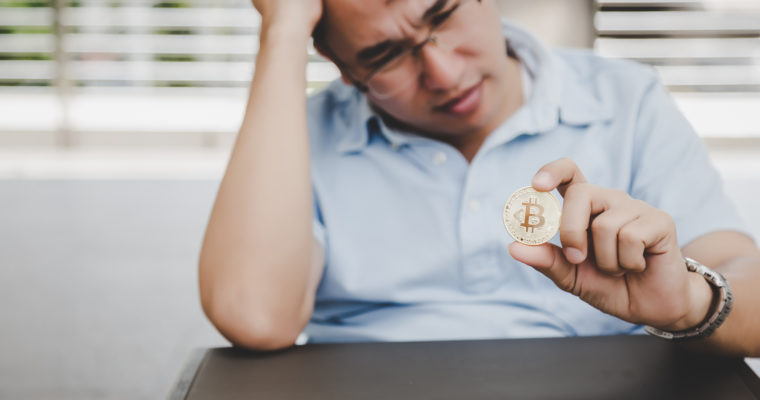 A Wells Fargo/Gallup poll has revealed that only 2% of investors in the United States currently hold bitcoin, a finding that optimists will argue shows massive unlocked potential while cynics will paint it as the glass being half empty.

Interest in bitcoin remains high, though, with 26% of U.S. investors saying they were intrigued by the flagship cryptocurrency. However, less than 0.5% of those polled indicated that they will be buying it in the near future.

U.S. Investors Not Biting on Bitcoin, but Many Intrigued… https://t.co/K6RSVzq8ck pic.twitter.com/J3Cfn9vZ7O

According to the survey, one of the factors potentially hindering investment in the cryptocurrency is the perceived risk of trading in bitcoin. Per the poll, 75% of U.S. investors deemed bitcoin to be very risky while 23% said it was somewhat risky.

Perception of Risk Keeping Investors Away

Only 2% said it was not too risky while an insignificant number held the view that it was not risky at all. The entry of younger investors could, however, change the picture in the future.

“But as Wells Fargo/Gallup surveys have found in the past, most U.S. investors prefer to play it safe with their investments, opting for security over growth,” Lydia Saad, a senior editor at Gallup, wrote in an analysis report. “Looking to the future, however, many younger investors who currently say they are intrigued may be converted to investors once the currency goes more mainstream.”

The poll also found bitcoin to be more popular among men and those between the ages of 18-49. While 3% of men revealed that they owned the digital asset, only 1% of women said the same. About 1% of U.S. investors aged 50 and over indicated that they owned bitcoin, compared to 3% among those aged between 18 and 49.

Ownership of bitcoin was also higher among those earning at least $90,000, with 3% in this category reporting having bought the cryptocurrency compared to under 1% among the lower-income investors.

From the poll, which was conducted in the second quarter of this year between May 7 and May 14 among U.S. adults who have invested approximately $10,000 or more in mutual funds, bonds or stocks, low levels of cryptocurrency knowledge also hindered investment in bitcoin.

While only around 29% said they possessed some level of knowledge on cryptocurrencies, 67% of the respondents revealed that they had heard about these digital assets but didn’t know much concerning them. About 5% of the investors polled indicated that they had not heard about cryptocurrencies. More men than women claimed to know something concerning bitcoin — 38% versus 20%.

Age also played a predominant role in determining the level of bitcoin knowledge held. Among those aged between 18 and 49 years, 48% indicated that they knew something about flagship cryptocurrency while only 22% of those aged between 50 and 64 years possessed some level of bitcoin knowledge. Among those aged above 65 years, only 16% of them knew something about the cryptocurrency.